The inspiration for Galileo’s Revenge 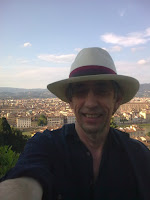 Galileo’s Revenge is based upon the life of the Italian scientist Galileo Galilei (1564-1642) when he was a young man. Eventually Galileo became the most famous scientist of his day, thanks to his revolutionary astronomical discoveries with the newly-invented telescope. But his success didn’t come easily, or early, and there are big gaps in the historical record of his early life. So Galileo’s Revenge fills in some of those gaps.
Galileo’s gap years
When Galileo left the university of Pisa in 1585, aged 21, he had no proper job to go to. Returning to his family home in Florence, he struggled to make a living from a portfolio of activities: part-time teaching, casting horoscopes, playing on the lute . . . and gambling. At the same time he was trying to make a name for himself at the cultured but extravagant and debauched court of the Medici Dukes who ruled Tuscany.

Grand Duke Francesco
The current head of the family was Francesco de’ Medici (1541-87): aloof, capricious and self-indulgent. Some ten years earlier, for example, upon the death of his first wife, the aristocratic Joanna of Austria, Francesco had scandalized his family and Florence by marrying his charismatic mistress, Bianca Cappello (1548-87). She was considered an unsuitable match because her parents were relatively humble merchants from Venice[CL1] . Otherwise Francesco devoted himself mainly to lavish entertainments, to hunting and alchemy (of a largely practical kind, e.g. explosives, poisons), and to collecting – coins, curiosities, antiquities . . . and gems. And therein lay an opportunity for the young Galileo.

Archimedes
At Pisa Galileo had been supposed to study the dominant Aristotelian philosophy of the day, with a view to further training to become a doctor. But he also became fascinated by mathematics, especially the mechanics of the ‘divine’ Archimedes (c.287-212 BCE). Archimedes had famously detected the fraudulent adulteration of a gold crown with silver by measuring its density – gold being heavier than silver. Now Galileo’s first published work, La bilancetta (1586), described his own invention of a neat ‘hydrostatic’ balance for quickly and accurately measuring the density of small objects. Such as gemstones.

The Medici jewels
Much of the Medici collection of jewellery had been lent to Catherine de’ Medici (1519-89) to wear at her marriage to the King of France in 1533. Catherine was a fairly distant cousin of Duke Francesco, but actually it was she who came from the senior line of the family that had made the family fortunes in the 15th century. Francesco came from a relatively minor branch. Catherine had been slow to return the jewels. When she did, could Francesco be sure that they were genuine? At this time there were no hard-and-fast criteria for identifying a ruby, say, as ‘genuine’, and not a garnet or merely cleverly coloured glass. At the end of Galileo’s Bilancetta there is a list of densities measured with his balance: specimens of gold and silver, of course, but also a lengthy list of the densities of some rather substantial gemstones. Where could Galileo have accessed such treasures to study?

Galileo lab assistant
It is my conceit (only in the old-fashioned sense, of course) that Duke Francesco engaged Galileo as his assayer, to help him identify any fakes among the family jewels. And perhaps that Galileo – very knowledgeable, ingenious and dextrous, amusing and charming if he needed to be – insinuated himself as an accomplice to the Duke in his alchemical investigations. In other words, Galileo became His Highness’ laboratorio assistant.[1] In the basement of the Medici villa at Poggio a Caiano – basically a huge hunting lodge some the miles outside Florence – the Duke maintained a small but well-equipped laboratory. So, in October 1587, Galileo might well have been summoned to attend the Duke during a lavish hunting holiday arranged by Bianca for the Duke and his brother, the Cardinal Ferdinando, and their entourages. With fatal consequences. As described in Galileo’s Revenge.

Or, A Cure for the Itch


Galileo’s Revenge has a subtitle A Cure for the Itch. I am very fond of Jacobethan[2] drama, when the plays often had such subtitles – Shakespeare’s Twelfth Night, or What You Will, for example. The origins of modern crime writing may be traced to the sub-genre of ‘revenge tragedy’ hugely popular at the time, from Kyd’s Spanish Tragedy (pre-1592) through Hamlet (c.1600) to Ford’s ‘Tis Pity She’s a Whore (1633).
In the middle of that series lies Thomas Middleton’s Women Beware Women (c. 1621?). This play is based on precisely the same events as form the backdrop to Galileo’s Revenge; it is a complex and moving story, but there is scarcely a member of the cast left alive at the end. Middleton got the story from his friend, the English traveller Fynes Moryson (1566-1630), who visited Florence in the mid-1590s, and recorded the story thus:
Then seeming to make conscience to live a Concubine, at last, (his wife Joanna now being dead,) she [Bianca] had the power to make him [Francesco] to take her to wife; which done she bent all her wits to have her son legitimate, and admitted to succeed in the Dukedom. And whilst Cardinal Ferdinand, brother to Duke Francesco, opposed this her design, it happened that he came to Florence to pass some days merrily with the Duke. And they being to go out hunting early in a morning, the Duchess sent the Cardinal a marzipan for his breakfast, which he returned with due ceremony saying that he did eat nothing but that was dressed by his own cook. But the Duke by ill happ meeting the messenger, did eat a piece thereof, and when the Duchess saw it broken, she smiled and spoke some words of joy. But the messenger telling her the Cardinal’s answer, and that the Duke had eaten that piece, she with an unchanged countenance took another piece, and having eaten it, locked herself in a closet. And hereupon the Duke and she died in one hour, and the Cardinal Ferdinand succeeded in the Dukedom.[3]
Too neat by half, I say. You will find the true origins and significance of this story in Galileo’s Revenge, of course. 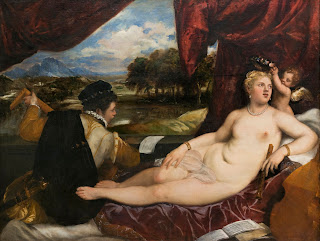 Galileo and me
Although theoretical physics was my first love, I subsequently became fascinated by the history of science. I especially like the medieval and early modern periods: roughly, that is, everything from the Venerable Bede (c.673-735) to the Honourable Boyle (1627-91) and a bit beyond. But Galileo was always my particular favourite: initially his work on falling bodies, projectiles, and pendulums and such, and then more broadly his character, life and the wider world in which he lived and worked.
A few years ago, therefore, I started work on a new, up-to-date biography of Galileo. Unfortunately (for me) a couple of other excellent scholars had already had the same idea. J.L.Heilbron’s brilliant Galileo, for example, came out in 2010 and I shelved my own project. But all was not lost. I have always loved crime fiction and historical fiction and above all historical crime fiction. (Yes, yes, I admit it, I adore Cadfael, even if he is the veritable white line down the middle of the road.) So I had already started working on an early draft of Galileo’s Revenge. How hard can creative writing be, I wondered? You just make it up as you go along. And I won’t have to check my references. A much older and slightly wiser man, I finally stopped writing last year.

Florence, October 1587. the Duke of Tuscany drops dead unexpectedly. His brother the Cardinal starts a hunt for his assassin. Or for a suitable scapegoat? Galileo, a brilliant, impecunious - and unscrupulous - young scientist is struggling to make a name for himself at the corrupt court of the Medici. He is horrified to be arrested as the Duke's murderer: nothing burns so well as a wicked magician! His only hope is to find the real killer or at least a better scapegoat. His search takes him through the piazzas and palaces of Florence, through the barber shops and brothels, the cloisters and the taverns. Especially the taverns.

[CL1]Oh, yes, and she had run away from home in the arms of a feckless bank clerk from Florence, to whom she was still married when she became the Duke’s mistress.