As part of the Historical Writer's Forum Interview my Character Blog Hop I have the honour of interviewing Edward Seymour, 1st Duke of Somerset, brother of  Queen Jane and uncle to Edward VI. and Protector of the Realm.  Edward is the main character in Janet Wertman's book - The Path to Somerset. Welcome my lord, please take a seat ...

Tell us about your sister Jane, what was she like? Did she set out to snare Henry?  Do you think the king really loved her best?

Sigh. Jane did not set out to snare Henry. She was a quiet, pale, plain young lady and she was as shocked as we all were that the King fell in love with her. But once his interest was piqued, she had only one choice.
And yes, of course Henry loved her best: she brought out the best in him, she gave him the son he needed – and she died before he could tire of her. The perfect woman.

I suppose you would say that about your sister, you were a close-knit family. There are rumours that your first wife, Catherine Filliol, had a relationship with your father. Do you believe that to be the case, are your two eldest sons actually your brothers?

The world has never stopped snickering at me over that one, or defining my life by that shame. Yes, it happened. Yes, I had to disinherit the boys I had thought of as sons.
Yet while this was the cross I had to bear in life (until my Calvary on Tower Hill), the Lord in His mercy softened the blow: those living symbols of betrayal atoned for the sin of their origin with total loyalty. They accompanied me to the Tower and almost perished with me. They were better brothers to me than Tom ever was and I loved them for it.

It must have been dreadful in the Tower yet many ambitious men end up there. What were the problems between you and the Duke of Norfolk?

What weren’t the problems between me and Norfolk? He was Catholic while I was Protestant. He was old while I was young. He was old blood while I was a new man. And yet, as you say nowadays, all that was “just business.” We actually got along well enough and could easily have persisted forever as advisors to Henry – but we both knew that after Henry died, there would be room for only one of us.

King Henry’s death coincided with a huge shift in power. Was this a carefully planned manoeuvre or spur of the moment? What was your part in it?

Each of Henry’s wives after Jane represented a giant political opportunity - or liability. Anne of Cleves was to have turned Henry Protestant for one and for all, but then Catherine Howard came along and pulled the King back to Catholicism. That young girl’s disgrace and bad judgment were our great good luck as they allowed us to swing the pendulum back to another Protestant, Katherine Parr. Of course, that move came close to backfiring when Gardiner attacked her. If Gardiner had succeeded, the King would surely have taken a Catholic bride (they were proposing his own son’s widow, Mary Howard, for goodness sakes).
But as much as I was part of the fight, it was the Lord’s intervention that won it for us. Only that could explain the stupidity of the conservatives who dealt themselves two death blows on the very same day. First, Surrey actually quartered the arms of Edward the Confessor on his shield, clearly asserting his claim to the throne. Then Gardiner refused to exchange lands with Henry (the same sin that had sent Nicholas Carew to the block). From that day forward, Surrey and Norfolk were imprisoned and Gardiner was banished, leaving no one to restrain me and the reformers.

I see. The imprisonment of Surrey and Norfolk gave you a clear run at taking control of the boy king. Did you and your cohorts manipulate King Henry to change his will in your favour?

Why do you call it manipulation? Henry had originally drawn up his will when Norfolk and Gardiner were in high favour; the document needed to be changed once they had shown their true colors. Admittedly, there were rich gifts in the final version, but that was to assure the personal power and loyalty of myself and the other men who would be guiding the young Edward VI and keeping him safe.

So you were motivated by family loyalty rather than riches. The king’s will did not appoint a Protector but within a very short time you were ‘elected’ as such. Do you have anything to say regarding this?

Don’t be naïve: look at society. You cannot keep power dispersed power among twelve men: one of them will come to dominate. That one ruler needed to be me in order to ensure that Edward VI would inherit his throne when he came of age.
The Council knew that when they elected me – and were reminded of it after they kicked me out in that first coup. After trying for three months to rule as a group, they realized they did need a leader after all and elected Warwick – he was not yet Northumberland then – President of the Council. Bah.

Thomas’ marriage to the Dowager Queen, Katheryn Parr, must have angered you. Was this the beginning of ill feeling between you or had you always been at odds with him?

My younger brother Tom always overrated his own abilities; he was rash instead of calculating, vain instead of humble. But we never failed to get along – until he married Katherine Parr.
The marriage made him look bad. It made her look bad. It made me look bad. It made all of England look bad. Yes I was angry he’d done it. Especially since he seemed to think it should warrant him more power than he deserved – and worked against me to seize it.

Some say that Thomas was simply attempting to speak to his nephew, the incident with the dog a regrettable accident - an accident that took him to the Tower. How did it feel to condemn your brother to death?

It was torture. Signing his death warrant was the hardest thing I’d ever done. But a signature was needed – either mine or my nine-year old nephew’s. I shouldered the burden rather than saddling the boy with it.

That was noble of you. When you were waiting execution in the tower did you think of the men who’d died by your order? Did you think of your brother?

How could I not think of my brother? How could I not remember his claims that he was unjustly accused? How could I not wonder what he went through?
But your question is not entirely fair.  Tom was guilty: he broke into the palace to kidnap the King - and actually killed his dog in a desperate attempt to hide his treason. I was innocent, the victim of Northumberland’s jealousy and lies. It was that innocence that sustained me, that confidence in Heaven’s certain reception.

Thank goodness for your faith. Is that what drove you? Religion? Or was it power?

It feels like you believe I was driven by power. I can’t fault you for that: most people did believe I was overly proud. And yet, I only ever sought to do God’s work...and that was my downfall.
I tried to adopt policies that would benefit the common man – but my peers were angry at the threat to their excessive wealth. I also tried to be tolerant of Mary and the others who believed differently than I did, but this allowed Warwick to call me faithless and discredit me to the King. In the end, I accepted my martyrdom and calmed the people who would have risen up to save me. As a result, I met my Maker cloaked in righteousness, and confident that He would judge me far less harshly than posterity.

I am sure posterity will be kind to you, my lord. Time has a way of tempering a man's actions. Thank you for gracing us with your presence this day. It has been an honour. 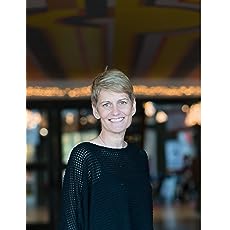 If you'd like to learn more about Edward Seymour and his sister, Jane, the third wife of Henry VIII Janet Wertman's books Jane the Quene and The Path to Somerset are available on Kindle and Paperback. Click on the links below for more information.


And there’s a giveaway! Janet has kindly offered a paperback copy or a kindle copy of The Path to Somerset  to a winner in the US of A, or an ebook to a winner elsewhere in the world. To enter, simply leave a comment below. The draw will be made on 23rd June.

The Path to Somerset 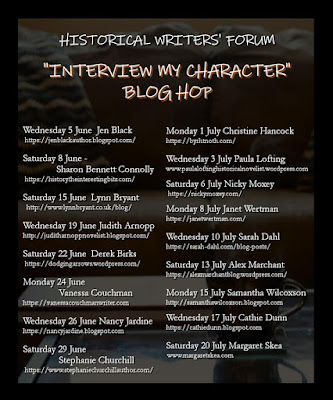