Samantha Wilcoxson is in the building! 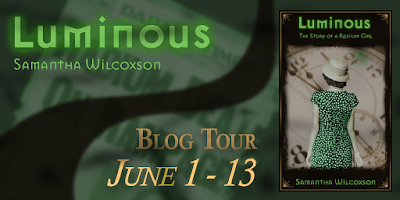 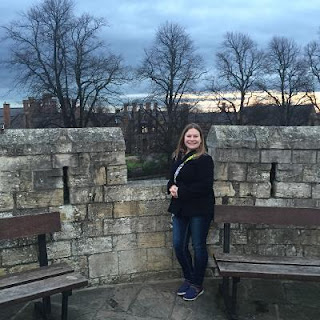 Delighted to welcome Samantha Wilcoxson to my blog today. Samantha is a history enthusiast and avid traveler. Her published works include the Plantagenet Embers series with novels and novellas that explore the Wars of the Roses and early Tudor era. Luminous is her first foray into 20th century American history, but she suspects that it will not be her last. Samantha enjoys exploring the personal side of historic events and creating emotive, inspiring stories.

The Society of the Living Dead
By Samantha Wilcoxson 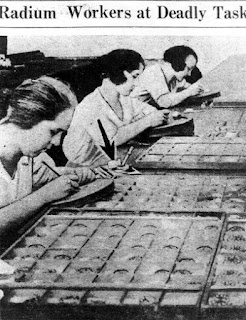 In the years following World War I, Radium Dial was one of the best places for working-class girls of Ottawa, Illinois to earn good wages to help support their family or set savings aside for when they were married. Little did those girls know that the material they used to paint watch and instrument dials was slowly poisoning them. Even when realization dawned, they were faced with opposition from the radium industry, which did not wish to see their profits disappear, and the medical community, which had been using radium as a miracle cure. One group of dial painters decided they did not want to see future workers suffer their fate, so they decided to form the Society of the Living Dead.

Pearl Payne took the lead on forming the shockingly named organization. She worked at Radium Dial for less than a year, but she suffered health problems for the rest of her life that she attributed to radium poisoning. Along with coworkers, Catherine Donohue, Marie Rossiter, and Charlotte Purcell, Pearl convinced their lawyer, Leonard Grossman, that they needed to do more than win their own case against Radium Dial. They wanted to “band together, secure legal aid and in general use our organized presence to simplify, promote, and improve the laws relative to those who are maimed due to occupational hazards.”

The called themselves the Society of the Living Dead because some victims of radium poisoning had the eerie appearance of walking corpses. Charlotte Purcell had an arm amputated, and Catherine Donohue’s body wasted away to less than half of her healthy weight. Other women grew giant tumors or had their jaws and noses rot away. The varied symptoms of radium poisoning was one of the factors that made it difficult to diagnose and hold employers responsible. 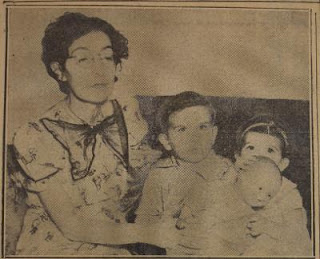 The Society got the attention of the press and used it to spread awareness of the struggle of the “radium girls,” as they came to be known. Even the women who did not enjoy being the center attention allowed media photos of their emaciated bodies and underdeveloped children to increase sympathy and action. The news stories requested that readers send funds to help support the disabled workers whose families were struggling with medical bills and loss of wages.

Leonard Grossman was vital to the success of the women’s legal cases and the Society’s success at raising awareness. “You hear the voice of the Society of the Living Dead. That is the voice of the ghost women speaking not only here in this room but to the world. This voice is going to strike the shackles off the industrial slaves of America,” he stated in one interview. The women could not have succeeded without his tireless efforts and countless hours of free legal work.

As the former dial painters sickened and died, Radium Dial and other companies in the radium industry fought to deny liability or even the idea that radium might be causing their health problems. Without the work of the Society of the Living Dead, the fight to see radium poisoning recognized as an occupational hazard might have taken years longer. These women’s quest to protect others from the harm they had suffered saved countless lives, even as they lost their own. 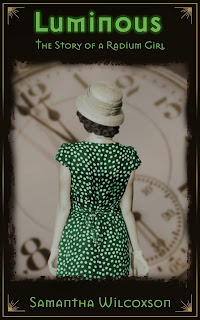 My new book, Luminous, tells the story of Catherine Donohue, one of the key members of the Society of the Living Dead. Photos of her shrinking frame and her tiny children inspired sympathy and increased awareness across the country, but there is much more to her than those media photos and news stories. Her private struggle is what I strive to capture in Luminous. What did it feel like to fight for your life when even the medical community seemed to be an enemy? How did she cope with watching her health fail at the time of her life that should have been filled with health and happiness? How did a quiet Catholic girl stand up to the might of the radium industry? Find out in Luminous: The Story of a Radium Girl. To read it click here: mybook.to/luminous