S. J. A. Turney joins me on the HWF Hauntings Blog Hop! 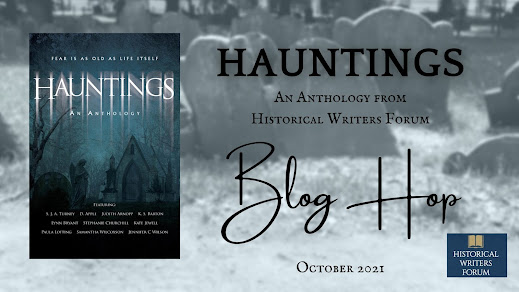 The Romans were an immensely practical people, their forte making things work efficiently. The Greek world had been replete with thinkers and inventors, but it was often the Romans who found practical uses for their dreams. Yet despite the practicality and mundane sense of efficiency that led to Rome conquering most of the known world, there was another side to them.

The Romans had a strange reliance upon superstition that went far beyond religion. Little happened in Rome that was not guided by the belief in divine signs and omens. Generals had called off battles because of a bad sheep’s liver, and emperors rose and fell because the omens suggested it had to happen.

In Plutarch’s life of Marcellus, we are told “At the time of their departure, however, the river that flows through Picenum was seen to be running with blood, and it was reported that at Ariminum three moons had appeared in the heavens, and the priests who watched the flight of birds at the time of the consular elections insisted that when the consuls were proclaimed the omens were inauspicious and baleful for them. At once, therefore, the senate sent letters to the camp, summoning the consuls to return to the city with all speed and lay down their office, and forbidding them, while they were still consuls, to take any steps against the enemy.” 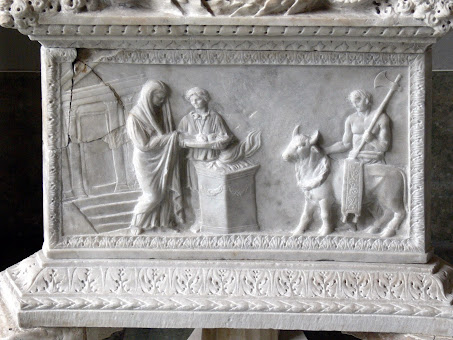 I recently studied the story of the great general Gnaeus Julius Agricola and his campaigns in Britain, as part of my research for several works on the subject, which also led to my supernatural horror tale for the coming Halloween compendium. Among the events recorded by Tacitus in the life of his father-in-law is the invasion of Anglesey and the suppression of the druids, and little in recorded Roman history holds more of a supernatural fascination than that strange sect.

We know almost nothing about the druids. What you generally read concerning druidic culture is mostly 19th and 20th century invention. The Celts did not leave us a written record, and the only accounts of the druids are from Roman sources, written as concerned and fascinated outsiders.

Since they are our only sources, despite an expected level of bias, we have to admit to the likelihood of at least a few grains of truth among the Roman accounts. Caesar’s writing tells us that druids “are concerned with divine worship, the due performance of sacrifices, public and private, and the interpretation of ritual questions: […] who decide in almost all disputes, public and private; and if any crime has been committed, or murder done, or there is any disposes about succession or boundaries, they also decide it, determining rewards and penalties.” Thus in Caesar’s experience, the druids form something that combines the priesthood, the legal system and education, and yet even Caesar notes a dark side to the druids:

“[People] either sacrifice human victims or vow to do so, employing the Druids as ministers for such sacrifices. […] Others use figures of immense size, whose limbs, woven out of twigs, they fill with living men and set on fire, and the men perish in a sheet of flame. They believe that the execution of those who have been caught in the act of theft or robbery or some crime is more pleasing to the immortal gods; but when the supply of such fails they resort to the execution even of the innocent.”

Tacitus, being something of a storyteller himself, gives us a slightly more colourful view. He tells us that the governor decides “to demolish the groves consecrated to their savage cults: for they considered it a duty to consult their deities by means of human entrails.” 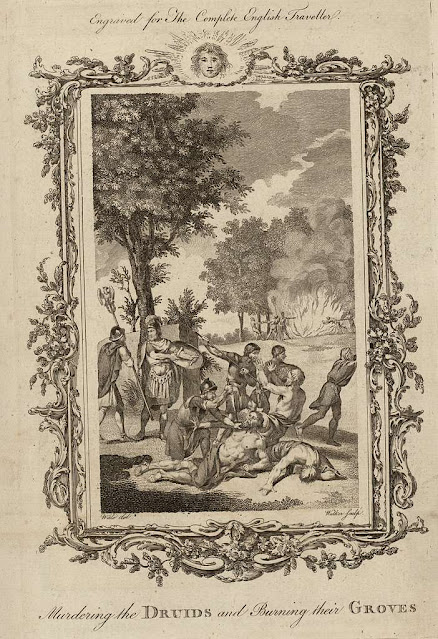 Indeed, Tacitus has “a circle of Druids, lifting their hands to heaven and showering imprecations, struck the troops with such an awe at the extraordinary spectacle that, as though their limbs were paralysed, they exposed their bodies to wounds without an attempt at movement.”

Lucan seems to supply a similar image of the Celtic priest class: “There stood a grove […] matted boughs entwined prisoned the air within. No sylvan nymphs here found a home, nor Pan, but savage rites and barbarous worship, altars horrible on massive stones upreared; sacred with blood of men was every tree.”

While our three sources are all Roman and therefore surely biased, agreement between Roman writers on a subject is not hugely common, and the ready correlation between these accounts lends towards a certain veracity, or at least a nugget of truth. The druids of all surviving accounts might be teachers and priests, but they are also bloody, human-sacrificing monsters, who paralyse an army with fear through their supernatural abilities. It is interesting to consider that Tacitus’s audience would be educated Romans, and that therefore this view of druids, with all its magic and horror, was clearly going to be perfectly accepted as true and reasonable by his readers. As are his British women who are, at this same event “flitting between the ranks. In the style of Furies, in robes of deathly black and with dishevelled hair, they brandished their torches.” 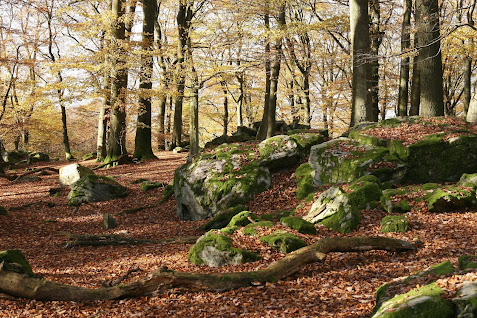 Romans, indeed, would be more than ready to accept such tales at face value. Of Piso, on trial, we hear “he had, they said, destroyed Germanicus himself by sorceries and poison, and hence came those ceremonies and horrible sacrifices made by himself and Plancina.”

The Romans, for all their bloodthirsty nature and love of such events as chariot racing and gladiatorial bouts, were oddly squeamish and disapproving of magic and human sacrifice. These things were anathema to the Roman nature, perhaps owing to their somewhat agrarian background and practical ways. Human sacrifice had been banned by Senatorial decree in 97 BC. It was one of the practices attributed to, as well as the druids, the Carthaginians, Rome’s oldest great foe. While all our accounts of these brutal and wicked druids are of suspect Roman origin, such practices as the infamous ‘threefold death’ that might be the cause of the demise of Lindow Man, might lend weight in support of our Roman writers. 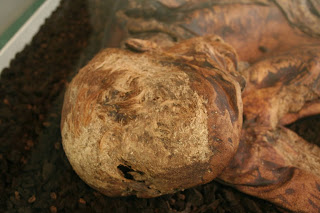 In the destruction of the Celtic caste that drove their resistance to Rome, the invaders under first Suetonius Paulinus and then Agricola wipe out not only a sector of society but all non-Roman evidence of that people. The tale of the black furies and the magical druids awaiting the Roman army on the shores of Anglesey is also the tale of their demise and their removal from history. What remains will likely forever be an enigma. Our image of the druids will always be formed by Caesar, Lucan and Tacitus. And while as a historian we have to always keep one eye on the ‘bias-ometer’, as a reader we can still enjoy the gruesome tales. Vale, and Happy Halloween 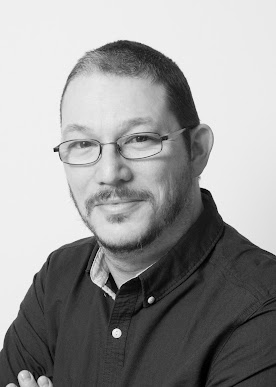 Having spent much of his childhood visiting historic sites with his grandfather, Simon fell in love with the Roman heritage of the region, beginning with the world famous Hadrian’s Wall. His fascination with the ancient world snowballed with interest in Egypt, Greece and Byzantium, though his focus has remained Rome. A born and bred Yorkshireman with a love of country, history and architecture, Simon spends most of his time visiting historic sites, writing, researching the ancient world and reading.
Simon’s career meandered along an eclectic path from the Ministry of Agriculture to network management before settling back into the ancient world, returning to university to complete an honours degree in classical history. With a rekindled love of all things Roman, he set off on a journey to turn Caesar’s Gallic War diaries into a novel accessible to all. Marius’ Mules was completed in 2003 and has garnered considerable, bestseller status and reviews, spawning numerous sequels.
Now, with in excess of 40 novels available in numerous languages, Simon is a prolific writer, spanning genres and eras and releasing novels both independently and through renowned publishers including Canelo, Head of Zeus, and Orion. Simon’s varied series cover numerous periods of ancient Rome, Medieval and Renaissance Europe, Viking Byzantium, and the Templar Knights. Simon writes full time and is represented by MMB Creative literary agents.
webpage  Blog Twitter Facebook Amazon page 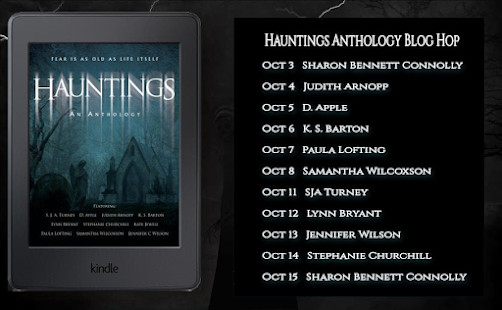