The Cover Reveal of King’s Artesan (Artesan of Albia, #3) by Cas Peace


Many of you will know of Cas Peace and I am delighted to be part of her cover release campaign. Her series of fantasy fiction books is  growing almost as rapidly as her fan base. 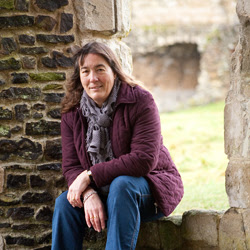 Cas Peace was born in Hampshire UK, in 1957, and has lived there most of her life. Her first career was as a horse-riding instructor, and horses remain very close to her heart. She then spent 13 years working for the British Civil Service before leaving the UK to live in Italy for three years, 1991-1994. She speaks passable but by no means perfect Italian, and loves to return to Italy whenever she can.


Cas's other great loves are anything to do with animals, especially dogs and horses, (she supports many animal charities) and also singing. Cas loves folk songs and along with her husband, who plays guitar, has performed in many a Southern England folk club. Sometimes they even asked her back! She writes folk songs to accompany her fantasy novels, and offers them as free downloads from her website. 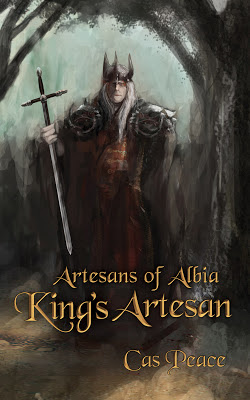 The race for the Staff has begun.

Rykan’s Staff is vital to Sullyan’s survival. In order to retrieve it, Robin Tamsen must cross the Veils into Albia and go to Taran’s village. He arrives too late.

Intent on reviving his own plans for conquest, Sonten forces Taran to reveal the Staff’s location. Outwitting Robin, he besieges the village of Hyecombe and takes possession of the Staff.

If Robin cannot stop Sonten taking the weapon back to Andaryon, Sullyan’s life and the lives of every Artesan are forfeit. Yet it is not just Sonten he must battle, but also one of his own. And the mysterious Albian Baron hasn’t abandoned his plans, either….

Paula Lofting, author of Sons of the Wolf

Today I am pleased to introduce you to Paula Lofting, author of Sons of the Wolf. As well as telling you all about herself and her work she will also be giving away nine eBooks and one paperback. All you have to do to enter is simply email Paula at sonsofthewolf1066@googlemail.com for a chance to win. The drawing will be held on June 25th, and winners will be notified shortly after.
What inspired me to write my novel: My journey 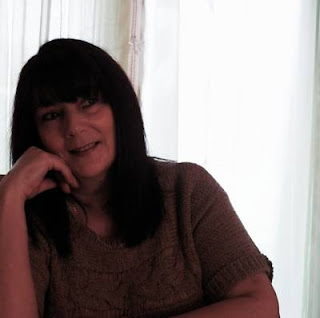 Thank you Judith, for allowing me to do this guest blog on your fabulous blogsite. I am Paula Lofting and apart from writing I am a Psychiatric nurse and mum to Connor 17, Catherine 18 and Ron 25. I write historical fiction and I also re-enact the period I am currently writing about, with an organisation called Regia Anglorum.

I have always loved history right from a small child when I started reading books like Dawn Wind and The Eagle of the 9th Chronicles by Rosemary Sutcliffe and then as an older child, Leon Garfield and Charles Dickens. Later influences came from Jean Plaidy, Bernard Cornwell, Mary Stewart, Edith Pargetter and Sharon Penman. I’m sure there are many more I have forgotten. After dabbling in different eras, I think I found my niche in the medieval period when I became an avid reader of Sharon Penman’s books.

The pre-Conquest era, which is currently my favourite period of interest, really only came to the fore for me about 7 years ago when I attended a re-enactment of the Battle of Hastings and although I knew about this period very well, I hadn’t realised what a tragic story emerges from that fateful day, for King Harold and the people of England. I wanted to know more and I remembered a book I had read when I was about 17 called The Golden Warrior by Hope Muntz. I remembered I really enjoyed it, but back then my obsession with Harold and the 11thc was not even a twinkle in my eye. That’s also when I got into re-enactment because having been inspired enough to write a book set in this period, I also wanted to know what it felt like to live in those days.

So, my long awaited novel that I had wanted to write all my life had begun to form. The reason why it had taken so long to happen was that for much of my life I had been engrossed in other things and my creative streak had been oppressed by some difficult life events. I’m of the belief that in life, things happen when they are meant to and this was the time for me to write my book. I was ready.  I piled into loads of reference books and dug out some older books I had hanging around from earlier days, such as Frank Stenton’s Anglo Saxon England and looked for the primary sources in them. My favourite and most treasured acquisition was the Anglo Saxon Chronicles which is a fantastic guide for what happened when. The sad thing about the AS Chronicles is that it was written by some very lazy scribes, either that or the information was not available for them. It does not go into great detail of events and I have had to supplement the information with other works and my imagination.

Before I got too far into my research, I needed to think about a plot and some characters for my book. I wanted to write with Harold as the main character, however I had read the wonderful Harold the King by Helen Hollick which was a new version of his story and because she had written such a brilliant book for him, it was going to be a hard act to follow. So I began searching my mind for a character and a plot and found further inspiration in a book called 1066 Year of the Conquest which was written by David Howarth.  In it he describes the year of 1066 from the perspective of the ordinary folk, particularly focusing on his home village of Little Horsted and the surrounding areas. David Howarth has written many books on naval history but I believe this was the only one in this era. By his own admission, It was not intended as an academic book, but written very simply, relating the events to how it might have affected the people of these Sussex villages in the 11th c. Through the Domesday book, we are able to identify who owned land in the various villages, hamlets and towns of Sussex.  Horstede (as it was called back then) belonged to a man called Wulfhere who held 5 hides and 30 virgates from King Edward the Confessor. The amount of land Wulfhere held meant that he was a thegn, (pronounced thane) and as such would owe military service to his King for his land.

David Howarth’s writings conjured up images in my mind of a strong warlike man, his longhall, the central feature of a homestead surrounded by a wooden palisade. He lived with his family, and the tenants (his villagers) who shared feasts with him around his hearth. I saw the forest which surrounded the village and the children who ran through it, playing amongst the trees and swimming in ponds damned by rocks. I pictured a man who was returning home from battle with his loyal right hand man to be met with this wonderful scene:

Smoking hearth fires billow out of the homes that line the pathway to his hall. He waves and smiles as his tenants come out of their cottages to greet him. He is filled with joy as he reaches his gatehouse and crosses himself as he passes by the little chapel, giving thanks to the Lord that he is home at last. His heart swells with delight upon hearing the laughter of his children as they run to him with excitement.

Suddenly a story began to unfold in my head and I realised that at last, I had my main character, Wulfhere. Nothing was known about him other than what we can find in the Domesday Book. In order to add a tiny bit of realism, I have used the names from the Domesday book for some of the other characters. As with Wulfhere, nothing is really known about them, other than what they owned. So for Wulfhere and his friends, I created lives and personalities and that is how Sons of the Wolf began.

The story centres on Wulfhere mainly and his family but we also see historical characters like Earl Harold Godwinson and his brothers, Edward the Confessor and his wife Edith and various others. Wulfhere is a King’s thegn by hereditary right but he is commended to Harold and as thus is bound by oath and loyalty to serve him. When his oldest daughter, the wilful and headstrong Freyda, embarks on a forbidden relationship with the son of Wulfhere’s adversary, Helghi of Gorde, old enmities between the two men are re-opened and in order to restore peace to his jurisdiction, Earl Harold orders the two men to allow their children to plight their troth, using the ancient philosophy of a woman being the ‘peaceweaver’ in a feud. Although Wulfhere agrees, he is not happy with the situation. The rivers of resentment run deep between him and Helghi and he finds the idea of his daughter wed to the son of his nemesis unpalatable. Urged on by his demanding wife, Wulfhere has to find a way to extricate himself from the contract with Helghi without compromising his loyalty to his lord.

Sons of the Wolf is also about battles and skirmishes, love and betrayal. On bloody fields he fights for his life, but sometimes the enemy is closer to home.

You can read more on my Sons of The Wolf blog  http://paulalofting-sonsofthewolf.blogspot.co.uk/

Available also in the US and on kindle.