The death of Mary Tudor


In November 1558 Mary Tudor died at St James’ Palace at the age of 42. By the standards of today, that is a horribly young age to die but Mary had suffered a hard life and was prematurely aged, and very sick.

Everyone is guilty of something. In most cases we are remembered for our good deeds, our happiest days, and our kindest actions but Mary, as with her father, Henry VIII, is only remembered for cruelty.

Personally, I think it would be awful if at my funeral people only spoke of my sins and overlooked my goodness (and there have been one or two occasions when I’ve been kind). The burning of heretics sounds dreadful to us because we live in a (ahem) tolerant society but in the 16th century burning was the standard punishment for heresy. Mary didn’t dream up the idea for the satisfaction of her monstrous soul.

While I am in no way seeking to excuse or white-wash her actions, I think she deserves a fuller picture. When you take into account the tragic childhood, her adult disappointments, her frustration then it is easier to understand her. There was much more to her than cruelty.

There are many recorded instances in which she was kind and generous, and I think she was terribly well-meaning. She adored her subjects and envisioned leading her people to salvation but things didn’t turn out as she intended. Her reign was far from benign.


While researching for The Heretic Wind I discovered Mary Tudor to be a sad, isolated and desperate woman whose intention was to be a good and loving Queen. The fact things turned out rather differently were mostly due to exterior forces. Her conviction that the Catholic faith was the only faith is difficult for us to understand but we don’t have to look very far to find other religious zealots. It doesn’t begin or end with Mary.

In The Heretic Wind, the mortally sick and embittered Mary looks back on her life and explains to some extent, the reasons why events unfolded as they did.

Adored by her parents and pampered by the court, the infant Princess Mary’s life changes suddenly and drastically when her father’s eye is taken by the enigmatic Anne Boleyn.

Mary stands firm against her father’s determination to destroy both her mother’s reputation, and the Catholic church. It is a battle that will last throughout both her father’s and her brother’s reign, until, she is almost broken by persecution. When King Edward falls ill and dies Mary expects to be crowned queen.

But she has reckoned without John Dudley, the Duke of Northumberland, who before Mary can act, usurps her crown and places it on the head of her Protestant cousin, Lady Jane Grey.

Furious and determined not to be beaten, Mary musters a vast army at Framlingham Castle; a force so strong that Jane Grey’s supporters crumble before a blow is struck, and Mary is at last crowned Queen of England.

But her troubles are only just beginning. Rebellion and heresy take their toll both on Mary’s health, and on the English people. Suspecting she is fatally ill, and desperate to save her people from heresy, Mary steps up her campaign to compel her subjects to turn back to the Catholic faith.

All who resist will face punishment for heresy in the flames of the Smithfield fires.

The Heretic Wind will be available on Kindle and in Paperback.

Judith Arnopp is the author of twelve Historical Fiction novels:

The Heretic Wind; the life of Mary Tudor, Queen of England
Sisters of Arden
The Beaufort Chronicles: the life of Lady Margaret Beaufort (three book series)
A Song of Sixpence: the story of Elizabeth of York
Intractable Heart: the story of Katheryn Parr
The Kiss of the Concubine: a story of Anne Boleyn
The Winchester Goose: at the court of Henry VIII
The Song of Heledd
The Forest Dwellers
Peaceweaver

Posted by Judith Arnopp at 01:48 No comments:

Great news! The Second Book in Lynn Bryant's Manxman Series is OUT NOW! 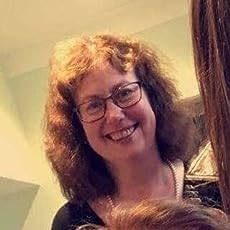 31st October 2019 sees the publication of the second book in Lynn Bryant’s Manxman series. The first book, An Unwilling Alliance was recently shortlisted for the Society for Army Historical Research 2019 fiction prize. Its sequel, This Blighted Expedition, tells the story of the Walcheren campaign of 1809. 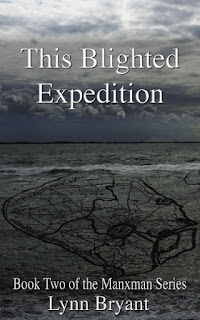 Hugh waited, feeling oddly nervous. He had last seen his son as a small baby of four months. After their marriage in Denmark almost two years earlier, Roseen remained with him, even when his ship, the Iris, was sent to Gibraltar as part of a squadron to defend the island, which was a major supply base for the war against Bonaparte in Spain.

Roseen adapted to shipboard life with typical Manx practicality and Hugh loved having her with him although the times he had to leave her on shore worried him. Gibraltar was known to be an unhealthy place with regular outbreaks of disease and after Roseen’s brush with death on a fever-ridden ship going to Denmark, Hugh was permanently on edge about her health. Hugh was overjoyed when Roseen announced that she was with child and she had sailed through both pregnancy and childbirth without difficulty but Hugh knew that his wife and son could not remain with the Iris or on the fever-ridden shores of Gibraltar.

Parting from her tore a piece from Hugh’s heart, and he had lived the last eight months waiting for her letters and dreaming of her at night. He was shocked at how much his happiness had come to depend upon her, but the knowledge that she was safe and well back on Mann was a comfort through the long months.

Orders had brought Hugh back to England, ready to join a new expedition. There was no official destination yet, although navy gossip suggested it was likely to be somewhere in the low countries. Hugh, who had his own sources of information, summoned his first officer and asked for news.
“It’s not official yet, sir,” Lieutenant Durrell said.
“Clearly not, or I’d be telling you, not asking you. Sit down, pour the wine, and remove the stuffed owl expression from your face, I’m not going to write to the London Gazette with the information. Where are we going?”
Alfred Durrell folded his lanky frame into the chair in Hugh’s dining cabin and poured for both of them. “The island of Walcheren,” he said. “My brother writes that the government wishes to support Austria in its new campaign against Bonaparte, with more than just money.”

The Walcheren campaign was the largest British operation of the war, with 40,000 men and around 600 ships heading to the Scheldt for a lightning strike against Bonaparte’s dockyards at Vlissingen and Antwerp, yet most people have never heard of it. Possibly this is because it turned out to be one of Britain’s greatest military disasters. Vlissingen was almost destroyed by a bombardment, but the progress of the operation was so slow that the French had time to pour in reinforcements while the navy spent a good deal of its time pegged down by contrary winds. By the time Lord Chatham’s army was ready to march on Antwerp, the French had improved their defences and the British army were beginning to show signs of the dreaded Walcheren fever which killed over four thousand men and left many more on the sick list for years to come.

This Blighted Expedition follows the story of six people through the horror of the Walcheren campaign and its aftermath. Captain Hugh Kelly of the Iris, the Manx hero of An Unwilling Alliance is enjoying a brief reunion with his wife and baby son when he receives new orders to join the expedition on the south coast, along with his first lieutenant, Alfred Durrell. In the meantime, the second battalion of the 110th infantry is waiting to embark for Walcheren. Among them are a young lieutenant of the seventh company, Giles Fenwick, who is a permanently broke younger son of the aristocracy and Captain Ross Mackenzie, who is recovering from the tragic deaths of his wife and daughter and has recently transferred in to command the light company. Meanwhile, in Walcheren, Katja de Groot, a young Dutch widow is raising three children while managing her husband’s textile business, and worrying about the impact of a British invasion on her workshops, her family and her home.

The interaction of these six people with each other and with a host of secondary characters, both fictional and real is at the heart of the novel. In particular, Lieutenant Durrell finds himself torn between old family loyalties to the Earl of Chatham, who commands the army, and the clever, manipulative Sir Home Popham who serves the interests of the navy – and himself.
I love every one of my six protagonists. Hugh and Roseen are old friends, and it has been fun to revisit them two years into married life and in particular, to see how much Roseen has grown up from the shy, awkward tomboy that Hugh fell in love with. It is also interesting to see how much Hugh still has to learn about his wife. 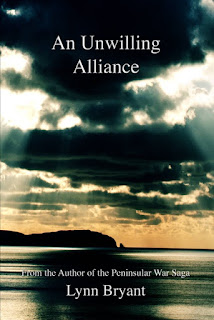 Ross Mackenzie and Katja de Groot are both new characters, and have a lot in common. Both are widowed and have experienced the loss of a child to illness and both have become used to managing alone, not sharing their feelings. They are on opposite sides of a war, and the book explores what that means to them and whether friendship can develop in spite of it.
Giles Fenwick is the hero of The Reluctant Debutante, and features in the Peninsular War Saga and in one of my short stories, An Exploring Officer. I’m going back in time with Giles here, exploring his early history with the regiment, before he arrives in Portugal and it’s fascinating to be able to weave in his story to show how Giles became the man he is in later books.

But of all my characters, this book belongs to Alfred Durrell. Durrell was a secondary character in the previous book, a gangly, awkward young man who provided a comic foil to Hugh’s Manx directness. Durrell had the education and the political connections while Hugh was the man of action who “had the reputation of a man who could snatch a prize out of thin air and could keep any leaky old bucket afloat.”

Durrell isn’t a typical hero, but Walcheren isn’t a typical campaign. He’s very intelligent, well educated and very confident in his own abilities, but has no idea how to gossip, flirt or stop talking once he’s started. While Hugh Kelly managed to kiss Roseen on their second ‘date’ poor Durrell is more likely to give a girl a lecture on the physiology of crying. What Durrell has is integrity, and honesty and a good deal of kindness. He is incapable of being a bystander, he’s always the man who steps up and takes responsibility. Your brother and sister would take the mickey out of you if you brought Durrell home for dinner, but your Mum would be very pleased.

This Blighted Expedition is available on Amazon kindle here and will be out in paperback by the end of November.

To celebrate publication, the first book, An Unwilling Alliance is available from 1st to 5th November 2019 FREE on Amazon here.

In the meantime, I am about to embark on book six of the Peninsular War Saga. It’s called An Unrelenting Enmity and to give myself a kick start with the writing process, I am attempting NaNaWriMo for the first time ever.

Posted by Judith Arnopp at 09:00 No comments: