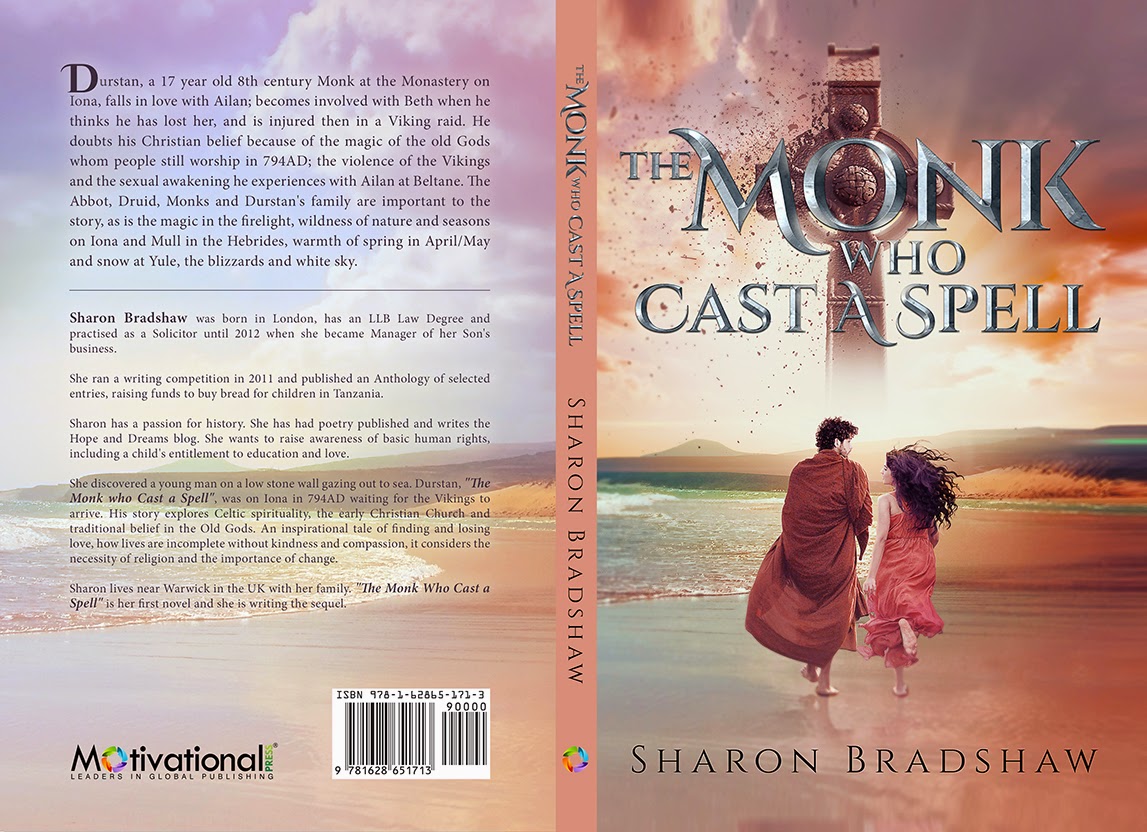 Durstan, a 17 year old 8th century Monk at the Monastery on Iona, falls in love with Ailan; becomes involved with Beth when he thinks he has lost her, and is injured then in a Viking raid. He doubts his Christian belief because of the magic of the old Gods whom people still worship in 794AD; the violence of the Vikings and the sexual awakening he experiences with Ailan at Beltane. The Abbot, Druid, Monks and Durstan's family are important to the story, as is the magic in the firelight, wildness of nature and seasons on Iona and Mull in the Hebrides, warmth of spring in April/May and snow at Yule, the blizzards and white sky. 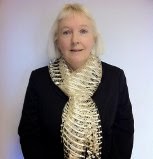 Sharon was born in London, has an LLB Law Degree and practised as a Solicitor until 2012 when she became Manager of her Son’s business.


She ran a writing competition in 2011 and published an Anthology of selected entries, raising funds to buy bread for children in Tanzania.


Sharon has a passion for history. She has had poetry published and writes the Hope and Dreams Blog. She wants to raise awareness of basic human rights, including a child’s entitlement to education and love.


She discovered a young man sitting on a low stone wall gazing out to sea. Durstan, “The Monk who cast a Spell”, was on Iona in 794AD waiting for the Vikings to arrive. His story explores Celtic spirituality, the early Christian Church and traditional belief in the Old Gods. An inspirational tale of finding and losing love, how lives are incomplete without kindness and compassion, it considers the necessity of religion and the importance of change.


Sharon lives near Warwick in the UK with her family. “The Monk who cast a Spell” is her first novel and she is writing the sequel.