Trisha Hughes talks to us about her new release

Today I welcome historical author, Trisha Hughes to the blog. Take it away, Trisha. 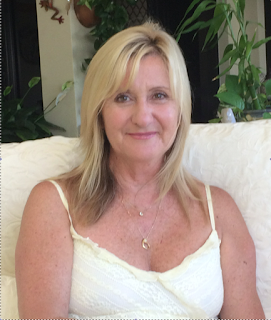 In history, to be an English king and to be murdered was no more than a hazard of the job and there have been a vast number of kings where this has actually been the case. The story of the kings and queens of England is a wonderful drama, far more surprising than you might think.

Times were brutal and they felt the need to take certain measures into their own hands, and trust me, there have been many extraordinary and various ways that royal family members have sought to delete relatives who were obstacles in the path of their determined progress to the throne. Many were not averse to the odd assassination or two by poisoning, starving, burning, imprisonment and an old favourite, beheading. It was hard enough to snatch the throne but it was even harder keeping it.

Many historians pass hazily over the precise methods employed to delete family members. Some choose to leave it as an insinuation of ‘died under suspicious circumstances’, because the entire truth will never be fully known. Some historians are not so coy. Neither am I.

When we speak of Britain’s monarchs, most of us would agree that early periods of time are clearly muddled. Many of the early British kings are hidden in the mists of time while some, the ones who lost crucial battles, have almost completely disappeared when the victors erased their rivals from all surviving records. There are kings who ruled for only a few months and there are some who ruled for over fifty years. There are also some who should never have ruled at all. They include, among their number, the vain, the greedy and the downright corrupt as well as adulterers, swindlers and cowards. Yet this group also shares one thing in common. In their lifetimes, they were the most powerful individuals in the land. My story, ‘Vikings to Virgin – The Hazard of being King’, spans 1500 years and is full of lust, betrayal, heroism, murder, cruelty and mysteries.

If you know anything about the British, you’ll know that among the good and the well-meaning monarchs, some of them were ruthless, not to mention greedy, murderous and totally corrupt. Their story is better than a thriller about a serial killer on the loose because this story is absolutely true. Don’t imagine a fairy story with handsome kings whisking off princesses on their white horses to the sound of trumpets and the cheers of their people. Imagine powerful individuals who were brutal and would stop at nothing to get what they wanted and who were more than happy to get rid of the odd family member or two who were standing in the way of their progress to the throne.

My story is based on facts, but it's told as a rambling narrative and is written in a way that I hope is easy to read. It’s a story of kings who struggled to hold on to their throne, of horrendous bloody battles, of tiny boys becoming rulers, of ruthless usurpers and of queens who proved to be more powerful than anyone could have ever imagined. It’s a story of invading armies, of rival family members, of spies and conspiracies. But what these people all had in common was during their lifetimes, they were the most powerful people in the land.

‘Vikings to Virgin – The Hazards of being King’ starts when Britain was just a race of people struggling to survive. It travels in time until the Britons first glimpsed a square sail and a dragon-headed prow on the horizon, churned by oars through the waves as blue water foamed around the hull of a mighty ship. The Vikings arrived in their long boats on a cold miserable January morning while the English people were enjoying their tranquility. No one heard the muffled sounds over the water. They were still rubbing sleep out of their eyes after a savage night of arctic air had cut its way through cracks in walls.

This book is a journey through time from the Romans, the Saxons and the Vikings and moves on to the brazen usurpation by the Normans followed by the arrival of the Plantagenets.  These early years were full of savagery and cruelty but by the end of the Plantagenet dynasty, they had transformed England into a sophisticated revered kingdom. But it was a long hard struggle during which the War of the Roses emerged. 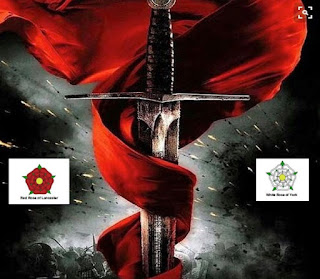 royal cousins where each house was eager to snatch the crown and the throne of England for themselves away from other family members. Like most families, differences and intrigue slowly emerged and it wasn’t until 1455 with the first Battle of St Albans that anyone even knew there were two sides. But as with most rebellions, it left both sides vulnerable since it usually meant that battles were fought ‘to the bitter end’, leaving fewer contenders alive after every battle.

These two royal house, the symbolic red rose of the Lancasters and the equally symbolic white rose of the Yorks, were both making a claim for the throne and it ended up being a long and bloody battle with sporadic periods of extreme violence and bloodshed and an unprecedented number of attempts to usurp the throne. It was a dangerous period full of unfathomable brutality, shifting alliances, murders, betrayals, plots and the savage elimination of other direct descendants of the Plantagenets.
It ended when Henry Tudor usurped the throne from Richard III and a different sort of battle began as he continued on the bloodbath with gusto.
Book I of my trilogy ends with a comet blazing across the London skies, half the size of the moon, streaking fire behind it as it lit up the skies in glorious shads of red, white and gold. Tudor colours. In a suspicious England, it was a sign they had been waiting for. A sign of better times to come. And heaven knows, they needed it after the reign of Bloody Mary. With Mary, they’d suffered persecution worse than any other previous generation and they welcomed Elizabeth, an intelligent 25-year-old who dazzled everyone with her clever wit as she stepped up to take the throne, promising a better world, after her half-sister Mary Tudor’s death.

The story of the kings and queens of England is a wonderful drama and far more surprising than you might think. And I’ve loved every minute of it.

Trisha Hughes started her writing career with her autobiography ‘Daughters of Nazareth’ eighteen years ago. The debut novel was first published by Pan Macmillan Australia and became a bestseller in 1997 beating the current Stephen King book to the top 10 bestsellers at the time.  Since then she has discovered a thirst for writing.  She’s written crime novels but her latest book, the first in her ‘V 2 V’ trilogy, ‘Vikings to Virgin – The Hazards of being King’ is her passion and due for release on 28th February 2017. She is currently working on the second in the series ‘Virgin to Victoria – The Queen is dead. Long live the Queen.’

You can buy your copy of Vikings to Virgins here
You can connect with Trisha through: