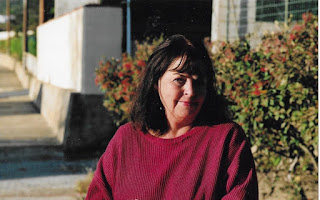 I am very pleased to have Sally Spedding on the blog today. She is the author of multiple spooky crime noir novels. Tell us about your work Sally.

In 1997, having moved from rural Wales to Northampton, because of my late husband’s new job, I used a ruler to find the nearest coast, where Norfolk is divided from Lincolnshire by the River Nene. These atmospheric flatlands became the setting for ‘Wringland’ where a new housing development is haunted by a woman hanged in public in that very place.

Published in 2001 in a two-book deal with Pan Macmillan, this was the start of a journey where settings are paramount. Where characters don’t change, they just reveal themselves, and now with ‘The Devil’s Garden,’ set near Tulle in France, published by Sharpe Books as part of a seven-book deal, wannabe gendarme, Delphine Rougier faces a truly dangerous crisis. 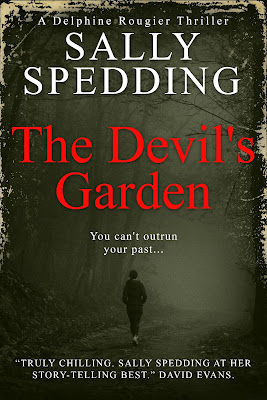 John Lyon, newly retired Detective Inspector from Nottingham, breaks off his holiday in the eastern Pyrenees when he encounters Karen Furst.

This attractive, wheelchair-bound woman with a new name and nationality, soon draws him into her world. Karen is the product of a tragic past, a past which is slowly but surely catching up with her.

Yet the woman's story doesn't entirely add up. John suspects that Karen is lying to him. And how much is he lying to himself about how he feels, what he thinks?
Karen will soon be targeted - and John with her - by unseen enemies.
Only La Chasse, a hunt to the death in wild scrubland, will reveal the truth.
Blood will be shed.
The Nighthawk is a dark, enthralling novel that grips from start to end.

‘Sally Spedding has been credited with being a latter-day Du Maurier.’ Crime Squad

‘Sally Spedding is a font of creepy stories, the kind of tales which wheedle their way into your mind days and weeks later.' Western Mail

‘Sally Spedding has unquestionably got what it takes.’ Crime Time

Katherine - Tudor Duchess
New from Tony Riches, Author of the best-selling Tudor Trilogy
Available in eBook and paperback from Amazon UK and Amazon US
(Audiobook edition coming in 2020) 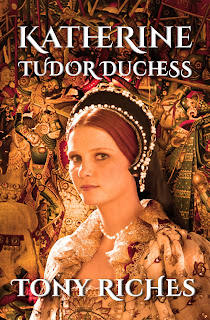 Attractive, wealthy and influential, Katherine Willoughby is one of the most unusual ladies of the Tudor Court. A favourite of King Henry VIII, Katherine knows all his six wives, his daughters Mary and Elizabeth and his son Edward.

When her father dies, Katherine becomes the ward of Tudor knight, Sir Charles Brandon. Her Spanish mother, Maria de Salinas, is ueen Catherine of Aragon's lady in waiting, so it is a challenging time for them all when King Henry marries the enigmatic Anne Boleyn.

Following Anne's dramatic downfall, Katherine marries Charles Brandon, and becomes Duchess of Suffolk at the age of fourteen.After teh short reign of young Catherine Howard, and the death of Jane Seymour, Katherine and Brandon are chosen to welcome Anna of Cleves as she arrives in England. When the royal marriage is annulled, Katherine's good friend, Catherine Parr becomes the king's sixth wife, and they work to promote religious reform. Katherine's young sons are tutored with the future king, Prince  Edward, and become his friends, but when Edward dies his Catholic sister Mary is crowned queen. Katherine's Protestant faith puts her family in great danger - from which there seems no escape.

Katherine's remarkable true story continues the epic tale of the rise of the Tudors, which began with the best-selling Tudor trilogy and concludes with the reign of Queen Elizabeth I. 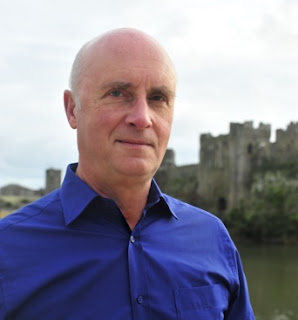