My latest book, The Beaufort Bride follows the early years of Margaret Beaufort, mother to Henry VII. It is the first in a trilogy The Beaufort Chronicles. Book Two: The Beaufort Woman will be available later on in 2016. Today I am looking at Margaret's husband and father of her only son.

Edmund Tudor is best known as the father of Henry VII. His death in November 1456 at Carmarthen at the age of twenty-five means his presence on the historical record is scant. While his brother Jasper went on to play a leading role in the Wars of the Roses, Edmund passed into shadow. In most academic books he is mentioned briefly, often scathingly, but although short, his life was vital to British history.

Edmund was the eldest son of Owen Tudor and Katherine de Valois, widow of Henry V. Katherine was rich and powerful, and a very desirable prize. The Protector, Humphrey of Gloucester disliked an attraction she formed for  the ambitious Edmund Beaufort and,  in 1427-28 an act was passed in parliament preventing Katherine from marrying without the consent of her son, the six year old King Henry VI. Even the king’s consent could not be given until he reached his majority; a clever move by parliament to disempower a prominent woman. Owen, a groom in Katherine’s household is a surprising choice for a woman of her status and there have been many theories to explain it. Perhaps the union between Owen and the queen dowager was a love match, perhaps not. There are suggestions that Edmund was in fact the bastard child of Edmund Beaufort and Tudor stepped in to save her reputation when marriage to Beaufort was denied but there is nothing to substantiate that claim. That particular subject requires a whole new blog and luckily there is a fabulous article by Susan Higginbotham about it here
There is no existing record of a marriage taking place between Owen and Katherine and many think that, if they married at all, they did so in secret making their offspring the illegitimate issue of a common law marriage. Their first child, Edmund, was born in June 1431, followed by perhaps six others but only Edmund and Jasper had any prominent role in history.
After Katherine’s death in 1437 Edmund and Jasper were given to Catherine de la Pole, the abbess of Barking who brought them to the attention of their half-brother, Henry VI. After their education was complete Henry kept Edmund at court, knighting him in 1449 and creating him Earl of Richmond in 1452. In 1453 Edmund was made legitimate and endowed with large grants and property; he was also given the wardship of the heiress, Margaret Beaufort. In 1455 they were married at Margaret’s mother’s home, Bletsoe Castle. Margaret was twelve years old.

Shortly afterwards Edmund was sent by the king to Wales to quell unrest there. At first they stayed at Caldicot, where Margaret was to become pregnant, then moved to Lamphey Palace which Edmund used as his power base. Conflict with the Duke of York’s henchman, William Herbert, led to Edmund’s capture and imprisonment at Carmarthen castle where he died either from wounds inflicted in battle, or from some infection contracted during his interment. Margaret, now just thirteen and well advanced in pregnancy, turned to her brother-in-law, Jasper, for protection and fled to Pembroke castle where she gave birth to a son.


There was nothing unusual in a girl marrying so young but in most instances consummation was postponed until the girl had matured. Edmund however, did not wait and Margaret fell pregnant straight away. There may have been a few contemporary raised eyebrows but there was no undue outrage, and Margaret was not alone. In 1350 Bianca of Savoy was married at thirteen and gave birth a year later, and in 1493, aged thirteen, Lucrezia Borgia married her first husband and bore a child within a few years. Of course, although records show that many more girls who married young didn’t give birth until they'd been married a few years this does not necessarily prove that consummation did not take place. We should perhaps consider if they were physically able to pro-create. Child birth is not an immediate evidence of consummation having taken place, it is often delayed. We should not be too quick to judge.

Margaret was as ambitious as her contemporaries, she may have considered herself lucky to have secured a relatively young and powerful husband. She was a cousin of the king, married to a beloved brother of the king. She could have done a lot worse. Had Edmund survived the outcome of the wars of the roses may have been very different and Margaret in a very good position.

I am not in any way condoning sex with young girls but we must not forget that the medieval mind set was vastly different to ours. When a young girl married it was seen as her taking her place in the adult world and celebrated as such. It is unlikely Margaret would have been expecting romance from marriage. She would not have been ignorant of the facts of life for there was little marital privacy in the medieval world. Marriages were celebrated by ‘bedding’; a custom when the wedding party accompanied the newly-weds to their chamber to witness them being put naked to bed. It was an occasion for ribaldry and jest, often a drunken finale to the wedding feast.
In many books, both fiction and non-fiction, the union of Margaret and Edmund is described in horrified tones. Elizabeth Norton in her book Margaret Beaufort: Mother of the Tudor Dynasty, says the ‘marriage shows an unpleasant side of Edmund Tudor’s character, and it is clear that he was acquisitive to the point of disregarding his young wife’s health and well-being.’
Jones and Underwood in The King’s Mother describe the event as follows: ‘Edmund quickly made his twelve year old wife pregnant, his wish to secure a life interest in her estates taking priority over any concern for her safety and well-being.’

Margaret’s intervention in later life during the arrangements for her granddaughter and namesake, Margaret Tudor's marriage to the King of Scotland, is often taken as evidence that she regretted her own early union with Edmund. In ensuring that a clause was worked into the marriage treaty that consummation would not take place until her granddaughter was of age merely indicates Margaret regretted the unforeseen damage done by childbirth, not that she regretted her relationship with Edmund.
Some novelists have taken Margaret's early deflowering and run with it, several novels describe lurid wedding night scenes involving abuse and rape. It may very well be true that greed was at the root of Edmund’s decision not to wait to consummate the marriage but that doesn't make him a monster. I prefer to consider other possible explanations.

Until a marriage was consummated it was easily annulled, co-habitation provided a form of protection to the couple. Margaret was a great marital prize in a time of political unrest, her position so close to an unstable crown made her valuable, not just to Edmund.

I am not sure why modern day readers (and authors) relish the idea of violence. It does not automatically follow that early consummation meant she was subjected to any form of force. She wouldn’t be the first twelve year old to have formed romantic feelings for an older man. There is nothing else to suggest Edmund was anything other than a good, attractive man. Perhaps she was willing; perhaps she was gently wooed and seduced.


In her later life there is no evidence that Margaret ever spoke critically of Edmund; some sources suggest she requested to be buried with him, a request that was denied for she lies at Westminster close to her son. Edmund Tudor may have taken Margaret's virginity at a young age, his action may well have made it impossible for her to conceive or carry another child but, in doing so, he gave her the very thing she most cherished; her son, Henry, the future Henry VII. A son to whose cause she was to dedicate the remainder of her life; a son who, despite two further marriages, was to remain the love and the focus of her very remarkable life.
If Margaret held no resentment toward Edmund, why should we? 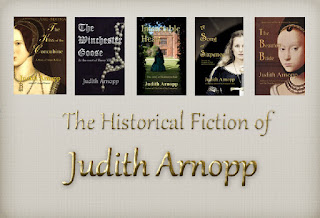 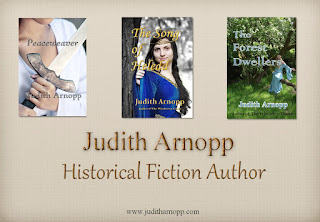 Judith Arnopp is the author of seven historical fiction novels set in the medieval and Tudor period. She is currently working on Book two of The Beaufort Chronicles: the life of Margaret Beaufort. To read excerpts and customer reviews please visit:
Her webpage: www.juditharnopp.com
Her Amazon page: http://author.to/juditharnoppbooks