On the anniversary of the death of Henry VIII, an excerpt from Intractable Heart: the story of Katheryn Parr 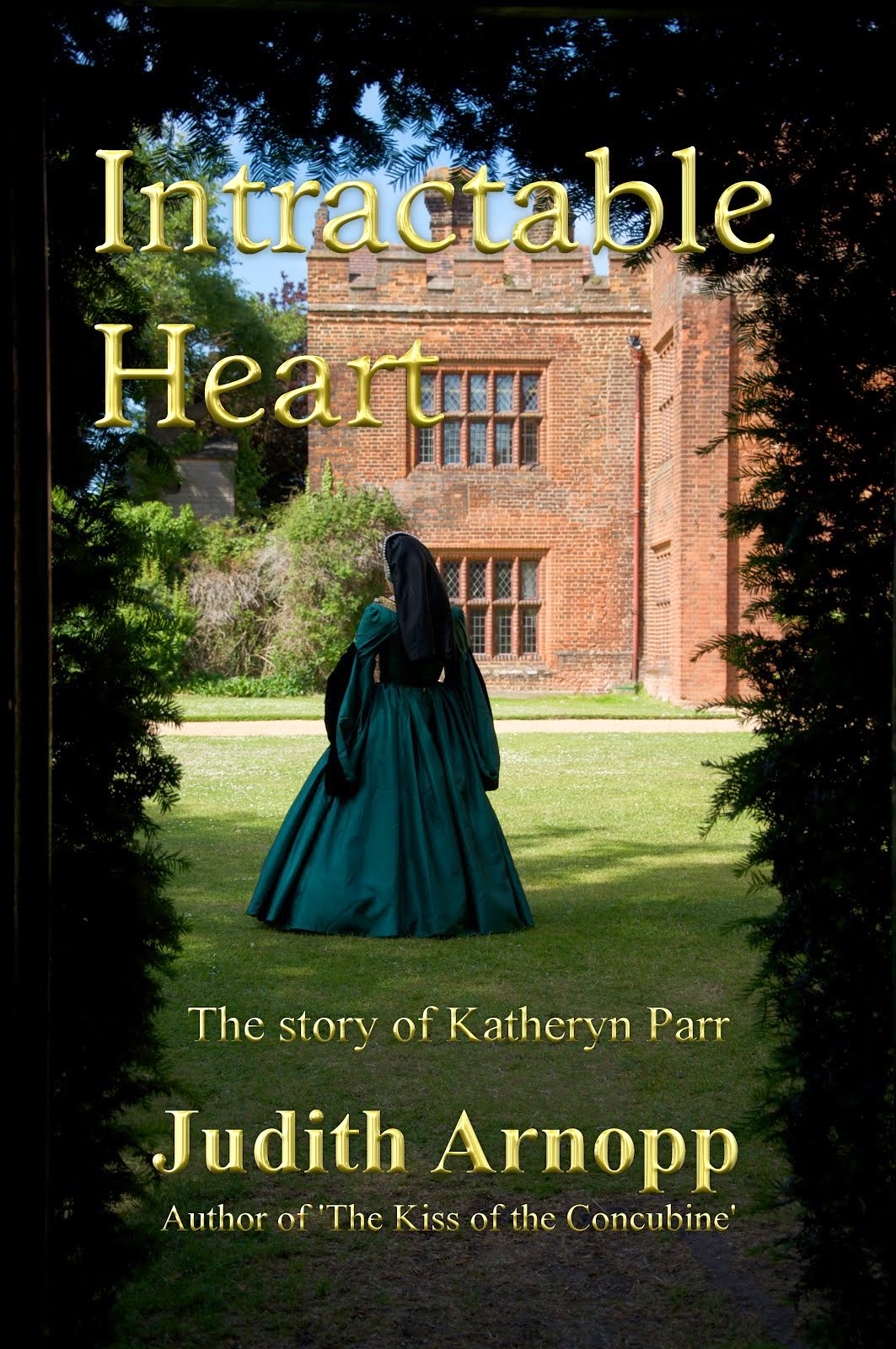 I am dressed in a blue velvet gown, a widow’s ring is pushed onto my finger and my head is covered in a veil. It is cold; so very cold in the Queen’s closet from where I observe the internment of Henry’s body in St George’s Chapel at Windsor, beside his third wife, Jane.
It is not easy to listen to the droning Latin rites of the old religion. It is as if Henry never questioned the old faith, never moved away from Rome and all its heresy. My heavy heart is full of anger as I hear but do not engage with the ceremony.
The people cannot see me. I am not part of the rite. It is as if I no longer exist. As Queen Jane steps from the dark to reclaim her husband I am rejected. Yet Henry loved me. I eased him through his last years; distracted him from his pain, and did my best to bear his child. He would not want me to be so meanly treated.
The court has become a friendless place. Hertford’s wife, Anne Stanhope, who has ever hated me, snubs me at every turn. No longer constrained to pretend to love me she promises to be trouble in the future. Her new powers, or those of her husband who has claimed the protection of the new king, will ensure that others follow her lead. My future looks very bleak.
Henry has not left me penniless. I still have many houses and could retire from court altogether. Perhaps I will repair to Chelsea or Hanworth, and hold a small court there, inviting only those who love me. But I am still queen and will remain so until my death, if only I can persuade someone to acknowledge that fact. I begin to observe those around me and count my real friends on my fingers.
Once the service is done with a heavy heart I take a private way back to my apartments. I am glad to reach the solitude of my own rooms. Full of sorrow and lacking any hope for a bright future, I pull off my veil and throw my prayer book on the bed.
As Anne and Dorothy help me from the heavy clothes and into a loose gown I stand dejected. I have no idea what to do, or where life will lead me now. The women are hovering by the door. “Leave me for a while,” I say. “I would like to be alone.”
Anne frowns. “It isn’t good for you to be on your own. Shall I sit with you? I promise not to talk.”
“No. no, thank you.” I try to soothe the rejection with a smile and reluctantly she backs away, follows the other women from the room and closes the door.
I sink onto the floor before the fire and click my fingers for the dogs but they are nowhere to be seen. I suspect one of the women has taken them into the garden but even so I feel Homer and Rig have deserted me too.
With a ragged sigh, I rest my cheek on my palm and gaze into the fire. There are dragons and sprites in the flames. It is another world; a world I visited as a child. A realm without rules, or kings, or queens.
A rush of wind as the door opens and swiftly closes again, a footstep sounds behind me. I raise my head.
“Kate?”
I scramble to my feet and stand in disbelief that he has been so bold as to come. My voice is unfriendly and defensive.
“How did you get in here?”
“Anne let me in.”
He hesitates, uncertain of his welcome. We regard each other for a long moment, both unsure of what this meeting means. Uncertainty does not sit well on him but on the outside at least, he has not altered. He is still tall and strong, still handsome. As he draws nearer I catch the remembered fragrance, and the years tumble away, as if they have never been.
I try to fight it but grief and loneliness make me weak. I should send him away at once, call the guard and have him thrown from my presence.  But he is a friend, in a friendless world. I fumble to remind myself I am queen and he is far beneath me.
“I gave orders I was not to be disturbed…”
“Perhaps your sister knows you better than you know yourself.”
At the glimmer of his old bravado, I step away, increasing the gap between us, and turn toward the fire. But he catches my wrist, takes my hand to his mouth and kisses my fingers … and at his touch my toes curl.

Meet Siobhan Daiko - author of In My Lady's Shadow 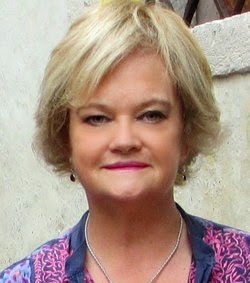 Siobhan Daiko is a new (to me) author I’ve been enjoying. I read her first novel In my Lady’s Shadow last year and am looking forward to The Orchid Tree which was inspired by her childhood in post war Hong Kong.

Her grandparents had been interned by the Japanese in the ex-colony from 1942 to 1945, and it was while Siobhan was researching their life in the internment camp that the idea for the novel was born. She wanted to bring alive a time and place that no longer exists, but one that will forever be in her heart. 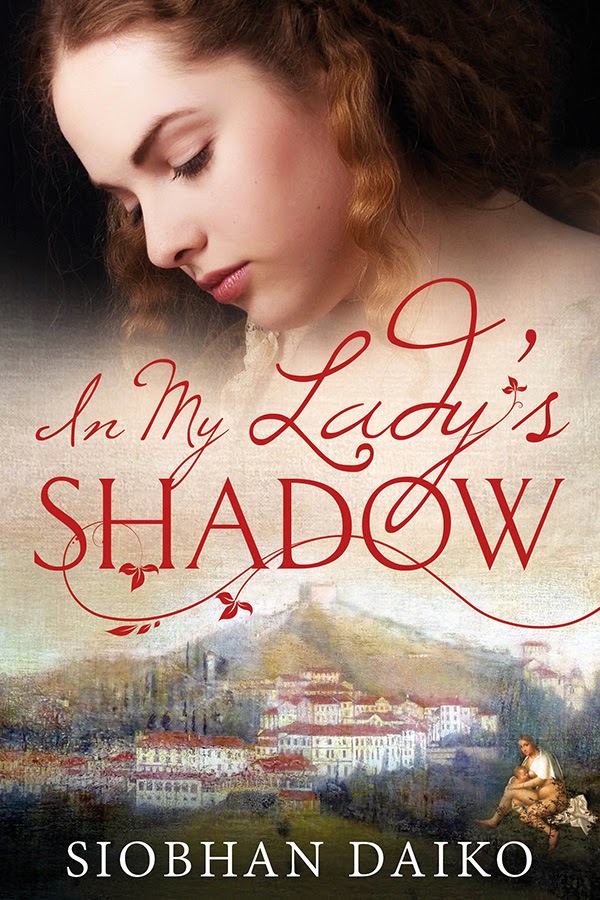 Blurb from the back cover of In My Lady's Shadow:
Grappling her own demons and the after-effects of a disaster, Fern battles to keep hold of her sanity as she is snatched back in time and lives the life of Cecilia, a young woman at the court of Queen Caterina Cornaro, near Venice, in the early 16th century. Luca, a local architect, comes to Fern's aid when Cecilia embarks on a passionate affair with the artist Zorzo. Echoes of the past manifest themselves increasingly in the present through a series of startling coincidences until past and present collide. 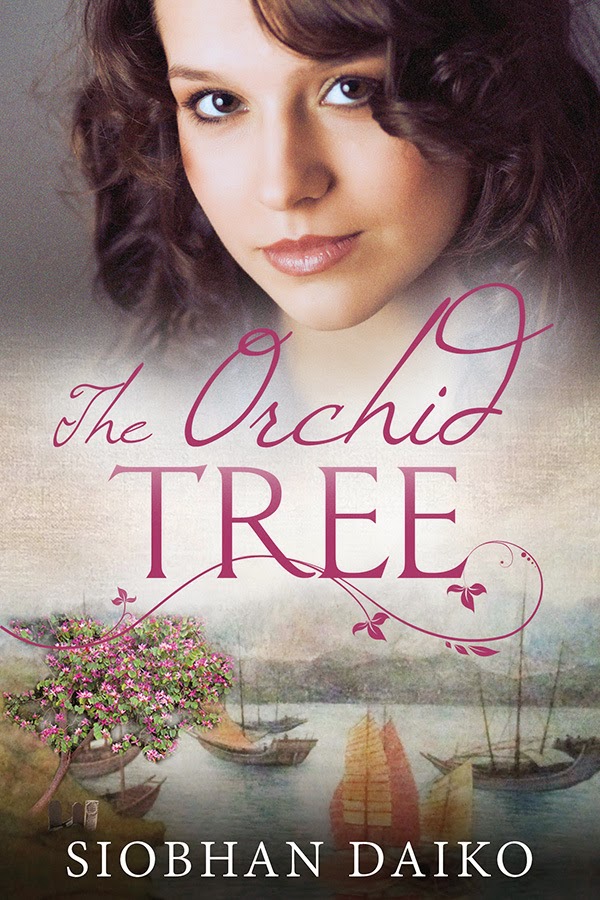 Blurb from the back cover of The Orchid Tree:
Fifteen year-old Kate Wolseley lives a rarefied life of wealth and privilege in the expatriate community. But when the Japanese take over the colony in December 1941, she’s interned in squalid Stanley Camp with her parents. Forty miles away, in Macau, Sofia Rodrigues’ suspicions are aroused when her father invites a Japanese family to dinner, an event which leads to a breach between Sofia and her controlling half-brother, Leo. Enduring cramped conditions, humiliation, disease, and starvation, Kate befriends seventeen-year-old Charles – who’s half Chinese - and they give their hearts to each other under the orchid tree. Can their love survive the war?

In December 1948, Kate returns to Hong Kong, determined to put the past behind her. Sofia dreams of leaving Macau and starting a new life, and she won’t let anyone, not even Leo, stop her. A young Englishman, James, becomes the link between Kate and Sofia. The communist-nationalist struggle in China spills over into the colony, catapulting the protagonists into the turmoil with disastrous consequences.

You can read in depth about The Orchid Tree in a questions and answers piece here: https://siobhandaiko.wordpress.com/2015/01/19/meet-kate-the-main-character-of-the-orchid-tree/

The Orchid Tree can be pre-ordered now for just 99p.
Siobhan blogs regularly about writing and her life of romance and adventure in Hong Kong and Italy at
http://siobhandaiko.wordpress.com/

Posted by Judith Arnopp at 05:08 No comments: