A visit to the moated manor house of Lower Brockhampton.

A few weeks ago I escaped for a few days on a writing retreat/ research weekend in Herefordshire. We stayed in a beautiful barn conversion near Lyonshall, very central to some wonderful places of historic interest. Among other places we visited The Brockhampton Estate, spending a few tranquil hours at Lower Brockhampton Manor.

Lower Brockhamptom is timeless. The timber framed house and gatehouse nestles in a valley, ringed by a damson orchard and historic woodland. The house emerges as you walk up the drive and the sight halts you in your tracks and mesmerised, you reach for your camera. 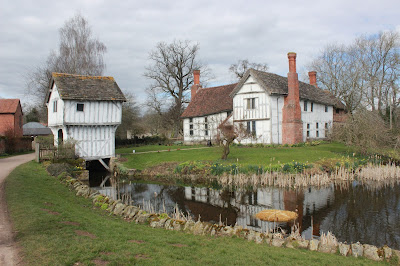 The manor was home to the same family for 900 years. The land occupied since Anglo Saxon times, the house first mentioned in the 12th century, with the current dwelling dating back to the late medieval, extended further in the Tudor period.

As an author writing in the medieval/Tudor period, places like Lower Brockhampton are invaluable. I prefer to visit out of season, when there are fewer tourists, less intrusive signage and visitor attractions to distract from the past I am trying to locate. 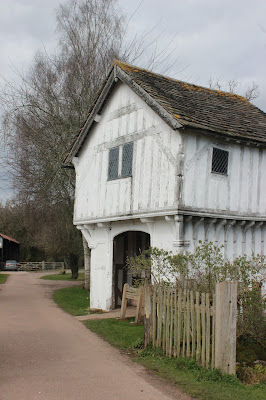 I entered the gatehouse first. It was clearly built for status, not defence and according to the guidebook, may have been a ‘visual pun’ in its mirroring of the manor behind. From the outside the gatehouse is a wonky, half-timbered delight, the diamond casements twinkling a welcome. I passed into the shadow of the gate. There have been many repairs and alterations over the years, the staircase is 17th century, the bargeboards on the south gable are modern copies from restoration in 1999.  I run my fingers over the magnificent studded door and instinct tells me it is original. The guidebook confirms this and directs me to examine the bargeboards to the north, also original, the carving still remarkably vivid for its age. 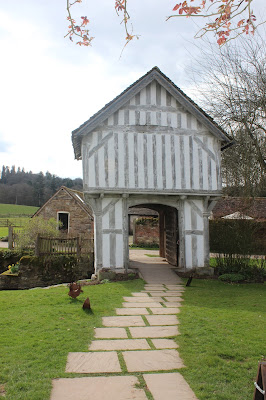 The upper floor is uneven, the beamed ceiling aged to a glorious golden brown. On the walls you can trace the vague shadow of religious marks symbolising the Virgin Mary which, again according to the guide book, support the rumours of illegal Catholic masses held there during the Protestant years. I look around at the evidence of summer swallows and house martins, the ancient floors now trodden only by modern tourists, and wish those praying Catholics would show themselves and tell me how things really were. 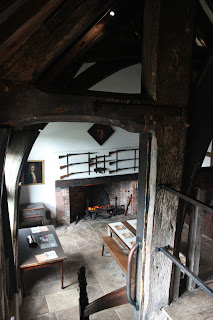 Inside the main house, the National Trust directs visitors along a trail that follows the history of the manor’s inhabitants. The great hall for instance is laid out in 17th century style but it is possible to see how it once worked as a medieval hall. As you move through the building, through the centuries the artefacts and the manner in which the rooms were used become more familiar. Close to the end of the trail, I came upon a lounge just like my grandmother’s house in the 1960's with a fireplace, a writing desk, a radio and a three piece suite. Being contrary by nature, I walked round in the opposite direction so I could emerge with the earlier historical period fresh in my mind. 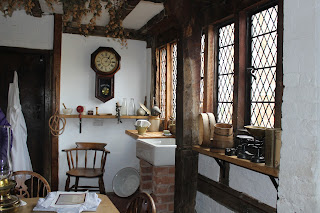 As much as I appreciate the work undertaken by the trust, and know the survival of properties like Brockhampton depend on them, I do find the stage set interiors sometimes impede rather than assist my imagination.

It was outside that my creative juices began to flow. I strolled around the moat, examined the much plainer architecture at the back of the building, craned my neck to see the vast Tudor chimneys and was lured toward the silent peace of the ruined chapel. 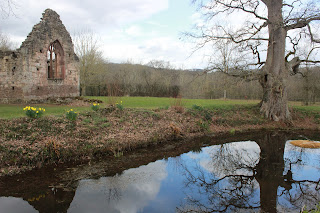 In the undergrowth I heard small scurrying creatures whose way of life at Lower Brockhamptom hasn’t altered at all. Thr crows in the wood, the ducks on the moat, the moles who've dug up the meadow and the garden. 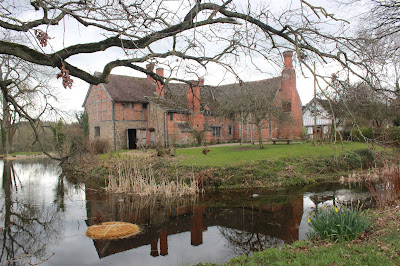 It was particularly cold, even for late March, with huge cumulonimbus clouds decorating the blue sky. Every so often, the sun burst from cover, stimulating reflections on the moat that mirrored the manor, the gatehouse, the sky – revealing another world beneath; a world very much like this one but enticing – the place I’d been seeking, the house where my characters dwell. 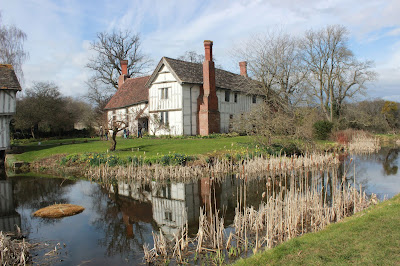 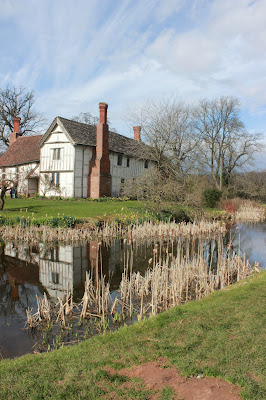 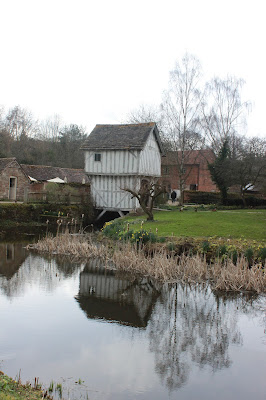 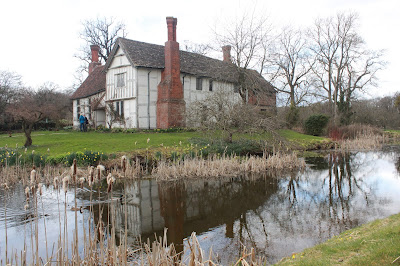 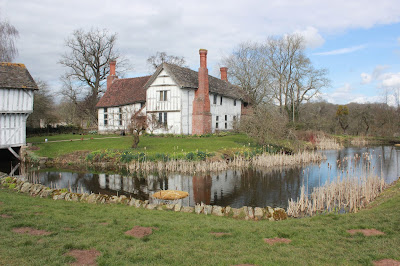 I highly recommend a visit if you are in the area, and if you are not then the journey will be worthwhile, regardless of how far you have to travel.

Judith Arnopp's novels include:
The Beaufort Chronicles: Books One to Three
A Song of Sixpence
Intractable Heart
The Kiss of the Concubine
The Winchester Goose
The Song of Heledd
Peaceweaver
The Forest Dwellers