Grace Elliot. Being a Woman in Georgian England.

I am very pleased to have author, Grace Elliot, joining me today as part of her blog tour to announce the release of The Ringmaster's Daughter.

Grace Elliot leads a double life as a veterinarian by day and author of historical romance by night. She lives near London and is housekeeping staff to five cats, two teenage sons, one husband and a bearded dragon. Grace believes that everyone needs romance in their lives as an antidote to the modern world. The Ringmaster’s Daughter is Grace’s fifth novel, and the first in a new series of Georgian romances.


Being a Woman in Georgian England

I’m thrilled to be Judith’s guest as she is an author I very much admire. I love the strong women Judith portrays in her novels (especially, The Kiss of the Concubine) and this is perhaps no coincidence because I too love to write about strong female heroines. My latest release features just such a women, Henrietta Hart, who is the heroine in The Ringmaster’s Daughter. But to fully understand how courageous Henrietta is, let’s place her in the context of 18th century society when the novel is set.

“[England is] a paradise for women and hell for horses.” Robert Burton 1651
The quote above is from the 17th century, but the underlying sentiment remains true in Georgian times. Just in case the word ‘paradise’ confuses you – consider that women are being put in the same category as horses, that is, both subject to men, their lord and master. In effect Burton is saying that women should consider themselves jolly lucky to be coddled and generously looked after by their menfolk. Puts a different complexion on the term ‘paradise’ doesn’t it?
If you aren’t convinced, then consider this quote by Judge Buller, in 1782, who ruled on a point of English law concerning women and concluded:
“[It is] perfectly legal for a man to beat his wife, as long as he used a stick no thicker than his thumb.”
In the upper classes there the prevailing attitude was of men ‘owning’ women – almost as though the men were intimidated and needed to keep women firmly under the thumb! Men subjugated women by linking learning, knowledge, politics and career to a loss of feminine charm. A ‘honey trap’ was created where a woman looked to marriage for security, and if she tried to be independent she was labelled as having loose morals. This is illustrated in this quote written in 1757 by Jean Jacques Rousseau:
“There are no good morals for women outside of a withdrawn and domestic life …any woman who shows herself off disgraces herself.”
But of course, many lower class women had no choice but to earn a living and there were few jobs were considered 'decent' - and surprise, surprise, they paid poorly. Interestingly, the 18th century saw the birth of consumerism and some women stepped into roles as seamstresses (helping the wealthy keep up with the latest fashion), writing for magazines and pamphlets (more lofty literary ambition was frowned upon), decorating ceramics and indeed, serving in the new shops. But as for actresses and singers, those females who might consider entertaining for a living were labeled as being sexually available…which brings us back to Henrietta Hart. 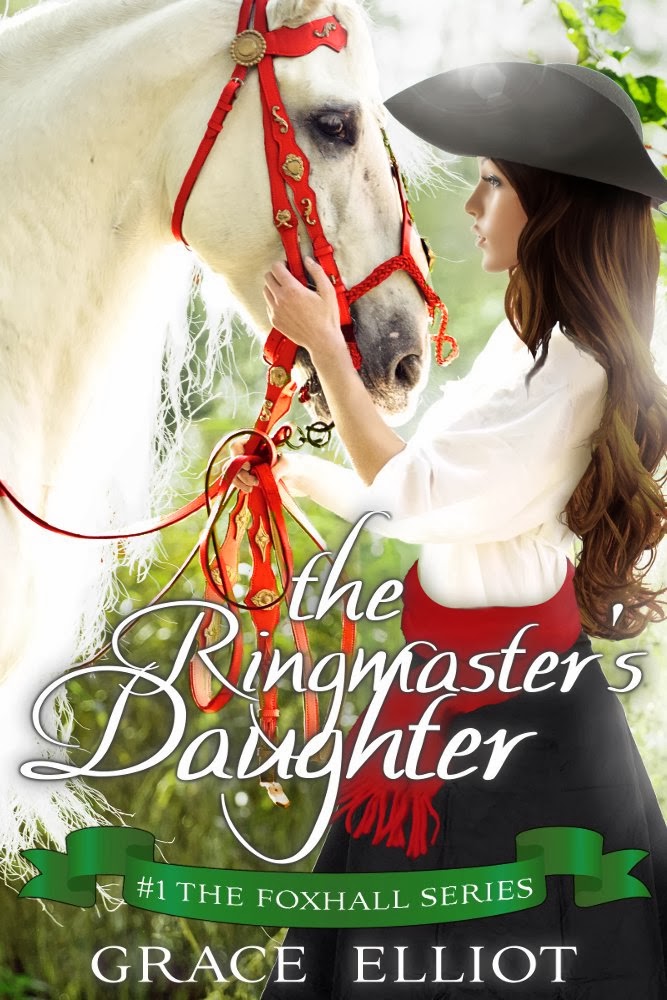 Set in the 1770’s, when her father falls ill, Henrietta takes on his role as ringmaster at the Foxhall Pleasure Gardens. She fights to keep a roof over their heads but the very act of performing makes her a target for unwanted male attention…

1770’s London. The ringmaster’s daughter, Henrietta Hart, was born and raised around the stables of Foxhall  Gardens. Now her father is gravely ill, and their livelihood in danger. The Harts' only hope is to convince Foxhall’s new manager, Mr Wolfson, to let Hetty wield the ringmaster’s whip. Hetty finds herself drawn to the arrogant Wolfson but, despite their mutual attraction, he gives her an ultimatum: entertain as never before – or leave Foxhall.

When the winsome Hetty defies society and performs in breeches, Wolfson’s stony heart is in danger. Loath as he is to admit it, Hetty has a way with horses…and men. Her audacity and determination awaken emotions long since suppressed.

But Hetty’s success in the ring threatens her future when she attracts the eye of the lascivious Lord Fordyce. The duke is determined, by fair means or foul, to possess Hetty as his mistress – and, as Wolfson’s feelings for Henrietta grow, disaster looms.


Today is "My Writing Process" blog tour day, when authors answer questions about their writing process. Last week, fellow author Debra Brown posted hers. You can check it out at: http://authordebrabrown.blogspot.com/

Debra writes Regency novels – I loved her first book TheCompanion of Lady Holmeshire:
Many thanks for the invitation, Debbie. Here goes.

So, what is my writing process?

I write four days a week, leaving the weekend free for research and leisure, or that is the plan anyway. I am often distracted  by other things. First thing in the morning I answer emails, catch up with my online readers and fellow authors. Social networking plays a huge part in book marketing so it may look like play but in actual fact is me hard at work. Then, after coffee, I settle down to write. I aim to add five thousand words a day, sometimes I manage that, sometimes not but it is a good goal to have. One of the main things an author needs, apart from being able to spell, is self-discipline. Once I have done that I usually retire to the sofa or, if the sun is shining, to the garden to plan an outline for the following day. I am lucky. I have a lovely study that looks out across a garden full of flowers and birds to the welsh countryside beyond. Sometimes the only person I see all day is the postman. I think I have the best job in the world.

What am I working on?

A historical novel called Intractable Heart which is the story of Henry VIII’s last wife, Katheryn Parr. It is my sixth full length historical novel and my third set in Tudor England. Katheryn is not as popular as Anne Boleyn whom I featured in my last release, The Kiss of the Concubine but my research is revealing a fascinating woman. Her story has conflict, war, grief, terror, as well as some 'lurve.'  Her story is so interesting that I am glad to wake up in the morning and get started.

How does my work differ from others of its genre?

Some of the most frequent recurring words in Amazon reviews on my work are ‘different’ ‘refreshing,’ and ‘new perspective.’ I write in the first person, which helps me to strip away the magnificent clothes and jewels and reveal the woman beneath. I think long and hard how it must have felt to marry a man like Henry. A man very much older than oneself (to illustrate the generation gap; Katherine was named after Henry’s first wife Katherine of Aragon), and a man who had already disposed of five wives. Henry was increasingly ill, increasingly erratic and Katheryn was in love with another man, Thomas Seymour. She must have been close to despair on her wedding day. This sort of dilemma is a re-occurring one in Tudor women’s history, and I love to write about it.

Why do I write what I do?

When I first began to write I was advised to stick to what I know and keep to a setting where I am comfortable'. I am far more at home in Tudor England than I am in the modern world. I wouldn’t have a clue what goes on in a modern office, and I am not up to date with all the gadgetry that is essential to contemporary life. I have a master’s degree in Medieval Studies so it seemed natural to write historical novels, especially as that is my genre of choice as a reader. When I first began to write seriously I set my novels in the early medieval period. It was constant requests from readers that prompted me try out a Tudor one and it was a good decision. My career has really taken off since I wrote The Winchester Goose.

How does your writing process work?

The ideas for most of my books have germinated during research for the previous one. For instance, when I was writing The Winchester Goose I came across an article about how Anne Boleyn has been seriously misrepresented by novelists – I read a few of the novels cited in the article and decided she had been maligned rather than just misrepresented. When I wrote The Kiss of the Concubine I made sure I presented her as neither a witch nor a scheming whore. She is a woman in a difficult situation, in love with a difficult man. While I was writing The Kiss of the Concubine I read an article about Katheryn Parr and was surprised to discover how interesting she was. Katheryn was a devout, intelligent and educated woman, the first English queen to become a published author. That is how Intractable Heart was conceived.

Next week the following three authors will be telling you about their writing process:
Karen Aminadra : http://karenaminadrablog.wordpress.com/
Caroline Storer: http://carolinestorer.blogspot.co.uk/
Rachael Thomas: http://rachael-thomas.blogspot.co.uk/

All my books are available in paperback and on Kindle. My amazon page is here.
For more information please visit my webpage: www.juditharnopp.com
Posted by Judith Arnopp at 00:48 6 comments: