Thomas Wyatt’s portrait suggests he was a discontented fellow. His eyes are troubled, mentally tortured even, his mouth down-turned, his cheeks sagging, as if he is tired of life and living.


But maybe we are swayed by the stories we’ve all heard of his unhappy marriage, his unrequited love for Anne Boleyn, his lovelorn poetry, his enforced exile, false imprisonment. But what do we really know?


Was Tom Wyatt really the tortured poet and lover that we like to think he was? There are plenty of known facts about him, placing him in a certain place at a certain date, clues we can pick up and learn from. There is the aforementioned portrait by Holbein, various letters and papers, a biography of Anne Boleyn, written by his grandson, George Wyatt…and, closest to his heart of all, there is his poetry.


Born in 1503, Thomas Wyatt was destined for life in the royal court, his father remained in high favour since his support of Henry VII at Bosworth, and Wyatt’s first recorded presence is in the entourage of the christening of Princess Mary. (A future queen, incidentally, who would one day be responsible for the beheading of Wyatt’s son after the Lady Jane Grey affair in 1554.)


In a dynastic power match Wyatt was married to Elizabeth Brooke in 1520, a union that, despite the birth of Thomas Wyatt the younger, proved both unhappy and unsuccessful. In later years Wyatt, after accusing her of adultery, parted company with his wife to live openly with his mistress, Elizabeth Darrell.
One of Henry VIII’s esquires of the body, he became one of the King’s intimates, entering into the courtly pastimes--jousting, hunting and dancing. Like Henry, Wyatt wrote verses, an important component of the courtly love games that were so popular among the royal household. These poems were often left where a girl could find them, or offered as tokens; sometimes the poems were altered or embellished by another hand before being passed on. They were not published in his lifetime and in all probability never meant for close interpretation. Due to Wyatt’s central role in the story of Anne Boleyn however, history has decided otherwise.


It must have been during this carefree period of Henry VIII’s reign that Wyatt’s romantic interest in Anne Boleyn was first piqued. As part of Queen Katherine’s household Anne would have been fair game for Wyatt’s attention but, when it became clear that Henry had set his sights on the same target, Wyatt either withdrew or was sent by the king on a mission that took him away from court.
Most historians seem to agree that some sort of an attachment existed between Thomas and Anne but we can only guess at the extent of it. Some read a physical involvement into the poems but it seems to me to have been one sided.  Although there seems little doubt in the depth of Wyatt’s involvement, at the time he first began to make reference to Anne, she was engaged in a liason with Henry Percy, an affair that was quickly nipped in the bud by Cardinal Wolsey.
I am not skilled enough to judge the quality of Wyatt’s poetry but his particular choice of words and nuances of meaning can leave no doubt as to his state of mind. This is love if ever I saw it. A riddle, punning on the name ‘Anna’, points to the possible identity of his secret lady.


What word is that that changeth not,


Though it be turned and made in twain?


It is mine answer, God it wot,


And eke the causer of my pain.


It love rewardeth with disdain:


Yet is it loved. What would ye more?


It is my health eke and my sore.


It could, of course, be another Anna, it was a common enough name. It is not until you read all the poems as one unit that the argument for the object of his passion being Anne Boleyn becomes stronger.


The following poem is believed to have been written later, and the lines were altered at some point to make them less dangerous.  The line "Her that did set a country in a roar" was changed to read, "Brunet, that set my wealth in such a roar".  Obviously the initial reference to Anne was far too explicit, after all, what other ‘brunet’ of his acquaintance had ‘set the country in a roar?’
If waker care, if sudden pale colour,


If many sighs, with little speech to plain,


Now Joy, now woe, if they my cheer disdain,


For hope of small, if much to fear therefore;


To haste to slack my pace less or more,


Be sign of love, then do I love again.


If thou ask whom; sure, since I did refrain


Her that did set our country in a roar,


That Brunet had; she hath and ever shall.


She from myself now hath me in her grace:


Without whose help, scant do I live a day.

Taken individually, Wyatt’s poetry could refer to anyone, it is not until you come to the most famous verse of all that arguments against it being Anne  begin to collapse. It could, I suppose, have been poetic licence or wishful thinking but surely, the words are too personal for that.  In my opinion these lines can only have been written by a man who has lived them and it is this poem that endorses all the others. There is no need, I think, to explain the meaning, Wyatt speaks as clearly now as he did then but he also illustrates, quite clearly, that the attachment was one-sided and, at least by the time that this verse was written, Anne belonged to Henry:


Whoso list to hunt, I know where is an hind,


The vain travail hath wearied me so sore.


I am of them that farthest cometh behind;


Yet may I by no means my wearied mind


Draw from the Deer: but as she fleeth afore,


Since in a net I seek to hold the wind.


Who list her hunt, I put him out of doubt,


As well as I may spend his time in vain:


And, graven with diamonds, in letters plain


There is written her fair neck round about:


Noli me tangere, for Caesar's I am,


And wild for to hold, though I seem tame.


Another poem, possibly written after Noli Me Tangere shows Wyatt trying to reconcile himself to the fact that he has lost, trying to convince himself (and others perhaps) that his affection had been nothing but folly. But, all these years later, are we convinced? Or do the words smack of bravado? How many of us have shrugged our shoulders and said, ‘I never loved him anyway’?


Some time I fled the fire that me brent


And now I follow the coals that be quent,


From Dover to Calais against my mind.


Lo how desire is both sprung and spent!


And he may see that whilom was so blind,


And all his labour now he laugh to scorn,


Meshed in the briars that erst was all to-torn.
Wyatt continued to serve the king. He was made High Marshal of Calais and Commissioner of the Peace of Essex.  In 1532 he accompanied the King and Anne, who was by then the King's mistress, on their visit to Calais and when the royal divorce was finally granted Anne Boleyn married the King in January 1533. Wyatt served in her coronation in June and in 1535 he was knighted but a year later, when Anne’s fortune turned, Wyatt’s former attachment for the queen almost dragged him down with her.


It is said that he witnessed Anne's execution, from the window of his prison in the Bell Tower, writing a lengthy elegy to the men who died alongside her, and making no secret of his broken heart. He also remembered her in another verse, although he still does not dare to mention her name.


These bloody days have broken my heart.


My lust, my youth did them depart,


And blind desire of estate.


Who hastes to climb seeks to revert.


Of truth, circa Regna tonat. (around the throne it thunders)


The bell tower showed me such sight


That in my head sticks day and night.


There did I learn out of a grate,


That yet circa Regna tonat.
Some say it was thanks to Cromwell that Thomas Wyatt escaped execution, but he may well have suffered the more for surviving. A diplomat as well as a politician, his subsequent career took him back to Europe where he became involved in intrigue and espionage, leading to his capture and ransom by Spain. His involvement in the attempted assassination of Reginald Pole led (somewhat ironically) to an accusation of treasonable contact with the king’s enemies and a second spell in the Tower.


As a diplomat (some say spy) Wyatt was in constant danger, and wherever he travelled, he will have taken his memories with him. He doesn’t seem to have achieved happiness and some biographers have accused him of revelling in poetic misery. That may be a little harsh. It is easy to sit in our secure, warm environment and judge those who lived in tougher times. I think we can say Thomas Wyatt was a man who, although unfortunate in love, understood love. I think we can say he suffered for his love, and I think we can say he was a victim of the times he lived in – yet another victim of Henry VIII. He died of a fever in 1542, just six years after Anne and in a letter written to his son in 1537 he described his life as "a thousand dangers and hazards, enmities, hatreds, prisonments, despites and indignations"


A full account of Anne Boleyn's life, featuring her relationship with Wyatt can be read here. 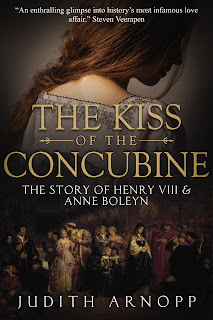 I explore the relationship between Anne and Wyatt Here

Judith is the author of eleven historical fiction novels and is currently researching and writing the life of Mary Tudor, Queen of England. 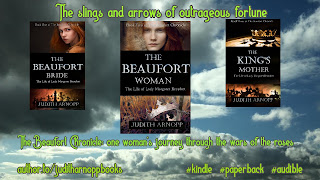