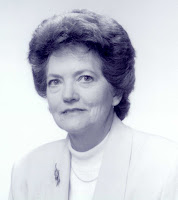 The simplest question often receives the most unexpected of answers. Usually, if I ask an author what inspired them, they reply, ‘Oh, a sentence in a novel,’ or ‘an unexplored subplot in a film I saw,’ or ‘a character I noticed at a train station.’  All of these things are drawn from the writer’s life experience, a small trigger giving birth to something more. So, when I asked Helen Spring what inspired her to write The Chainmakers, her answer was all the more unexpected.
‘My Grandad,’ she said, ‘I have always been a little in love with him, which is surprising because he died fifteen years before I was born.’
I put down my pen and leaned forward in my chair. ‘Tell me about him,’ I said. And so, she did.

‘Grandad was a blacksmith, and Mother recalled running from school to watch him working at the forge. She would stand there, a little afraid of the noisy clamour of hammer on red hot metal, as showers of fiery sparks surrounded him and fell onto his bare arms. She was sure he would be burned but he never was.
Mother described her father as tall, strong and sinewy, with very dark good looks, and curly black hair. His eyes too, she remembered, were  ‘Irish eyes, deep blue with long dark lashes.’
It is perhaps then not surprising I find myself a little in love, but I think it was the stories of his kindness that really sealed it for me. Mother was the youngest of seven children, she had three brothers and three sisters and so was doted on, not only by her parents but all her older siblings too.  Mother recalled vividly being with her father when he finished work, and they called at the local shop where he bought a punnet of strawberries . What a treat!  He hoisted her on to his shoulders and strode home, with his youngest astride his neck, stuffing herself with strawberries.
This was the essence of the man, strawberries were a luxury they couldn’t afford but he had the kindest of impulses and would always make life fun, whereas of course his poor wife had the difficult job of bringing up all the children on very little. I can’t help feeling for her.
When the First World War began, Grandad was just too old to be called up, although the two eldest boys went right away. However, the skills of a blacksmith were in great demand, and very quickly grandad was directed by the War Office, to the Belfast shipyards to help build the ships which were suddenly so badly needed. There was no choice in the matter and he was away for four years, and his family missed him sorely. Money would arrive from him every week, but letters were few, and there was no leave during that whole time.
When he eventually came home he was not the same person. He was half his previous weight, having been overworked and underfed all the time he was away. He had lived in a hostel, where food was scarce and poor, and he slept in a kind of dormitory, where you dared not take off your boots to sleep or they would be taken in the night. When he came home he was as broken down as many who had been at the front, due to the heavy work and long hours, and lack of food and sleep, all of which was justified as being ‘for the War effort.’  In truth he was a casualty of war, and died shortly after he returned home.
Mother recalls that even in those last few weeks, he was full of fun and jokes, and would take great joy in hearing her recite the poems of Longfellow, which she was learning at school, his particular favourite being  ‘Hiawatha.’
He was a man of huge heart and loving kindness, who loved his family and always did what he considered to be his duty. I wish I had met him but even without the privilege of knowing him, I find him so easy to love. That was why it seemed so natural to draw upon him when I wrote my first novel The Chainmakers.

Each time I read The Chainmakers I find something different to say about it. You might expect a novel inspired by a grandfather to be rather staid, safe or domestic but this book encompasses a broad horizon and evokes a catalogue of emotions. In the days of Helen’s grandfather men had to be tough to survive and that is what The Chainmakers is all about; ordinary people in a harsh world. Just as Helen’s grandfather had to work hard to forge his chains of iron so do we all have to forge a path for ourselves. Whether we craft a flimsy, weak-linked chain or an iron strong one, is down to how well we learn to wield the hammer.

Set against the blistering heat and grinding poverty of the chainshops of the Black Country, this compelling love story charts the struggle of young Anna Gibson to forge a new life from the remnants of betrayal by her lover and a tragic marriage of convenience.
A simple offer of work as a model proves to be the catalyst for complete change, taking Anna from the sunny beaches and liberal attitudes of an artist's colony in Brittany to the struggle to survive and make good in the immigrant community of downtown New York.
Anna learns her lessons well, and she finds herself still making chains, but now chains of restaurants, leading to wealth if not happiness. Then comes Prohibition, and Anna's decisions involve her in a gangland feud which threatens her family and friends in a frightening web of intrigue and violence.
How do we recover from the agony of a lover's betrayal? What is true love anyway? Can we befriend lawbreakers without getting hurt?
These questions are at the core of this unusual and compelling book. Written with humour, colour and passion, Helen Spring weaves an absorbing tale of obsession and complex emotions, and their far-reaching consequences.

The Chainmakers is available at just 77 pence on Amazon Kindle.

Helen Spring’s other works include: Memories of the Curlew and Strands of Gold, both available on Amazon.