The Elephant in the Beer Garden 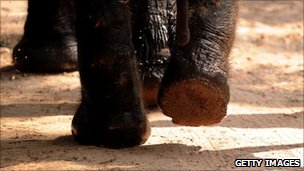 There are people who will tell you that nothing much has ever happened in Ceredigion. A trawl through historic local newspapers will confirm that aside from shipwrecks, poisonings, the starving Irish dying in the ditches, there was nothing of much consequence to report in the 1840’s. Of course, what was considered ‘nothing much’ then would now be viewed quite differently. The present only becomes interesting once it has passed.

Tregaron is located in the upper Teifi Valley alongside the River Brennig in Ceredigion, West Wales. For hundreds of years cattlemen drove their herds through the town, and its twelve pubs and fourteen brothels kept the local clergy very busy in their perpetual war against vice. In many respects the town could have been mistaken for the Wild West but to the local inhabitants, of course, nothing much ever happened.

So, when on the evening of the first Friday in July, 1848 the outlying leafy lanes and villages were suddenly filled with the brash glamour of Batty’s Travelling Menagerie, the people streamed from their houses to witness it, and the church officials tightened their belts and braced themselves for trouble.

Accustomed only to cattle, sheep and the odd flock of geese, the local populace watched in glee as the procession of caravans, horses, bears and, most startling of all, elephants, rolled into town.

Many were so caught up in the excitement that they skipped church, preferring to witness instead the ‘wonderful spectacle’ of the travelling show. An angry cleric, reporting to the Carmarthen Journal, denounced the troupe as a ‘shocking outrage’ and a ‘desecration of the Lord’s Day.’ A judgement that, for many, possibly served to increase the show’s appeal.

There are several different versions as to what happened next but the following Friday the pages of the Carmarthen Journal carried a more sombre story reporting the death in Tregaron of ‘no less illustrious a personage than one of Batty’s young elephants.’ (Carmarthen Journal 14/07/1848).

Some reports state that the elephant drank water contaminated by a lead mine and died shortly afterward. The travelling show moved on, leaving either a dying or dead elephant behind. To this day the local legend persists that the unfortunate elephant was buried by local people behind what is now the Talbot Hotel and, over a hundred and fifty years later, you will still find the story thriving.

Jwmbi, as the elephant is affectionately known, is not the only elephant to have visited West Wales, and he wasn’t the last, but something made this one special. The local inhabitants took him into their hearts and adopted him as their own. The real ‘truth’ of the matter has become blurred, leaving just a few facts to become embedded in local folklore. The details of the matter, the circumstances of his passing, the precise site of the burial remain unclear, the crux of the story is simply this: ‘We have an elephant buried behind our pub.’

Until, of course, someone decided to dig him up.

Press came from far and wide, and as the story spread, the reporting became tinged with disdain, the reporters speaking in slighting terms, as if it were the local people that were delusional, chasing rainbows. But it wasn't us, we knew the truth.

Of course, apart from some Victorian pottery and some sheep’s teeth, (there are a lot of sheep’s teeth in Wales) they didn’t find anything but that hasn’t dented local faith in the ‘truth’ of the elephant story. 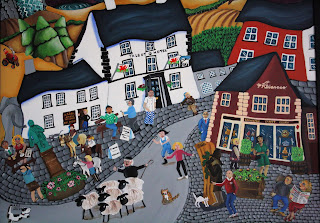 What the ‘experts’ failed to see is that the actual bones aren’t important, digging for the ‘truth’ of the matter is irrelevant. The thing that matters is that local people ‘know’ the elephant is in the beer garden – end of. The joy of that long ago day when the travelling menagerie came to town, is relived every time someone tells the story. That is the important factor.

This frantic search for ‘historical truth’ is becoming more widespread lately, revisionist histories are springing up all the time, and as a historian, I do share that niggling need to discover ‘true facts’. But, sometimes I think we dig too deeply. We must take care. It is one thing to reconsider the personality/motives of a historic personage in an attempt to help us understand, but there are some things that are perhaps better left alone.
Society needs its legends and myths, we always have done, and when we pull out the bones of a legend and shine the crude light of the 21st century upon them, what do we find?

A heap of old bones, that is all.

As a child I loved the old tales of wicked kings, heroic knights, imprisoned damsels, helpless pawns – couldn’t we keep some of that? If we see all our legendary baddies as unfortunate, psychologically scarred victims, and our oppressed princesses as hard nosed social climbers – where is the romance?

Wasn’t it the romance that brought us all to love history in the first place? There will always be a place for ‘truth’ and a place for ‘romance’ but maybe we should be careful not to blur the two. For by uncovering the mystery we are in danger of stripping away the very enigmas that intrigued us in the first place. If we prove all our misconceptions to be nothing more than flights of fancy, there might be nothing left to love, which may result in fewer  newcomers becoming interested in history and, in turn, make the job of the historical fiction author obsolete. Fiction isn't about truth is it? The very definition of the word is 'Invention or fabrication as opposed to fact.' 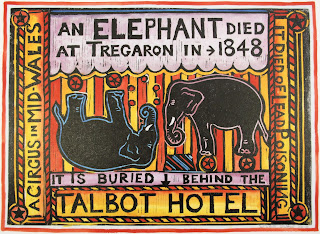 The story of Tregaron’s elephant, and many other stories, is as true as it needs to be. The tale has become part of Welsh heritage and as such engages the present generation with their own past. It attracts visitors to the area who, although they may not be able to view a fully reconstructed pachyderm skeleton, will get a jolly good meal in the Talbot with a good yarn thrown in for free. People love tales of the past, we all do, and story tellers like to make them up. The thing that makes fiction great is its lack of truth.

And there are a lot more brilliant stories to be told in and around Tregaron, not just the elephant. There is the story of Twm Sion Cati – a local baddie of historic fame; there is the timeless scenery and wildlife of Tregaron Bog, the buzzards and red kites that soar above it …I could go on. The elephant is just a part of all that, part of what makes West Wales, West Wales ... and that is all the ‘truth’ we need to know.

With special thanks to Janey Stevens for her lovely photograph of the Talbot Hotel. More of her pictures and greeting cards can be found on her Face Book page: JaneyStevensPhotography

Judith Arnopp is a historical novelist. Her books include: 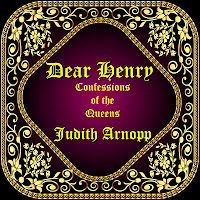 Dear Henry: Confessions of the Queens

You can find more information here: Judith Arnopp
and purchase her books here: amazon.co.uk
and here:amazon.com
Posted by Judith Arnopp at 02:18