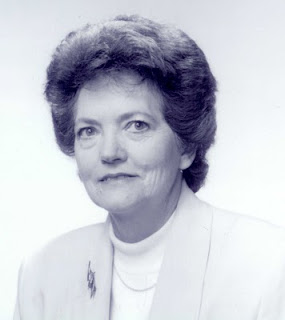 Today I am rejoined by the fabulous author Helen Spring who has been working Blood Relatives,  a sequel to her novel The Chain Makers.  I couldnt wait to invite her here to tell us all about it.

It is lovely to have you back, Helen. Last time we met up we talked about your novel ‘Strands of Gold’, and you told me you were currently working on a sequel to another of your novels, The Chainmakers.  It must be a great feeling to have finished the book. It’s called Blood Relatives isn’t it?  Tell us all about it and why you wanted to write a sequel?

I had a great response to ‘The Chainmakers’, and the one thing people asked over and over again was  ‘What happened to them afterwards?’ All stories and characters have an end at the close of the book, but of course the people continue in our minds, and in the ficticious world they inhabit. In this case the family unit was interesting, because at the end of the novel we have a couple with one son, and one baby who is an orphan.

Yes, that’s right. And your main character in ‘Blood Relatives’ is in fact that small baby, but all grown up. How did you think up her story?

Well, I felt that her adoptive parents, Anna and Clancy, had endured quite enough in ‘The Chainmakers’, but here was this sweet child, with lovely parents but a very chequered biological background, who would have to live her own life her way. As is happened, by the time she was 20 years old WW2 was raging through Europe, and the Italian side of her family would be living in German occupied Rome, so the story was there for the writing, so to speak. 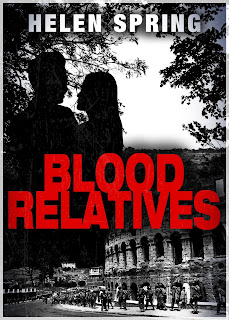 Click on the picture for more information
I quickly came to empathise with Victoria, and you have an interesting personality conflict between her and Giorgio, the Mafia boss, who is of course a distant relative. Why are you so interested in the Mafia?

I couldn’t escape it! Victoria and Giorgio shared a common great-uncle, who had been deported from the USA back to Italy. When he died he left Victoria a lovely Roman villa, it was entirely understandable that she would be thrilled and want to see it. Of course the Italian Mafia during the war was totally different to New York in the 1920’s. Circumstances and priorities have changed, but both Victoria and Giorgio bring their own prejudices to their relationship.

Was the research difficult for this part of the story?

Not so much difficult as almost overwhelming. There was a great deal of material, most of which was not relevant. In particular, I got very bogged down by the Ardeantine Cave Massacre, which is very well known in Italy but hardly known of here. In the end I had to ditch almost all except bits which were pertinent to the story I was trying to tell. The war kept getting in the way from beginning to end of this book, which was intended to be a love story.

Ah! It is a lovely love story. The lovely Guy is quite hunky isn’t he? What was the conflict between him and Victoria?

Getting them together was the problem! With all that was going on, they had very little time together so it was hard to build the romance. Of course, that was exactly what was happening all over the world at that time, separation and months without news of loved ones. I wanted to show that.

It’s interesting that they were from very different backgrounds. I liked that element of the story.

Yes, and also with very different experiences of the New York Mafia, who he would call ‘The Mob.’ His impoverished childhood has made him very self-reliant and what we would call today ‘street-wise.’ But he is very determined to make his own way, and has a happy attitude to life.

And of course by the time Victoria managed to get back to New York, Guy was away fighting in Europe.

Yes, and the New York that Victoria returned to was also changed by the war. These were hard times for everyone, but I felt it was important that when Guy eventually comes home he is still full of fun and ready for anything.

I can’t wait to read it again, Helen. What are your writing plans now?

My next job is to put together a collection of short stories, which I also enjoy writing.
I could do with a bit of a rest and I am hoping this will be less demanding than another novel, but who knows? My characters have a way of writing themselves into interesting situations!

I shall secretly hope that they inflate into another wonderful novel. Thank you so much for joining us again. I am sure we will all rush to buy it as soon as it hits the shelves.

Thank you for having me. I look forward to speaking to you again.

Helen Springs books are available in paperback and on Kindle. 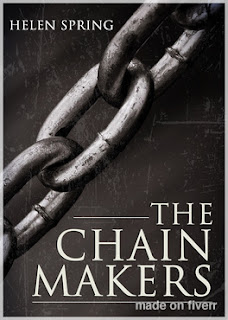 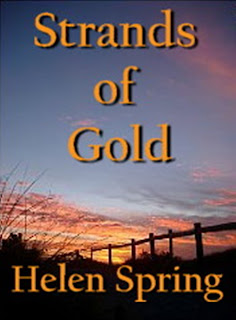 Click here to purchase if you are in the UK

and here if you are in the US