Hunting the Wren in Wales and Ireland


The tradition of Hunting the Wren was once widespread but most sources are from Wales, Ireland, Scotland, and also France. Elizabeth Atwood Lawrence in her book Hunting The Wren: transformation from bird to symbol, even found one source which suggests the ritual could have traces in Neolithic times. The ritual grew and evolved and there are now many variations on the theme but all share the same root.
A wren was captured (sometimes killed) and kept within a box, sometimes a specially fashioned ‘wren house.’ Ms Atwood Lawrence says, ‘Some wren houses had a square of glass at either end for viewing the tiny corpse.’ Young men, dressed in straw costumes and blowing tin whistles and other loud instruments, went from house to house. As with the wassail tradition they were invited in and plied with food and drink.

Originally Hunting the Wren took place on December 26th or St. Stephen’s day. St. Stephen was the first Christian martyr, and one story says that when Stephen attempted to hide in a bush he startled a wren who betrayed Stephen’s presence to his enemies with its distinctive loud chattering alarm call. The wren, like Stephen, was subsequently hunted and stoned to death. An Irish version of The Wren Hunt Song goes like this:
The Wren, The Wren

The Wren, the Wren the king of all birds,
St. Stephenses day, he was caught in the furze.
Although he is little, his honor is great,
Rise up, kind sir, and give us a trate.

We followed this Wren ten miles or more
Through hedges and ditches and heaps of snow,
We up with our wattles and gave him a fall
And brought him here to show you all.

For we are the boys that came your way
To bury the Wren on Saint Stephenses Day,
So up with the kettle and down with the pan!
Give us some help for to bury the Wren!

You can listen here: Song Hunting the Wren https://www.youtube.com/watch?v=YnKE-cVCrt8 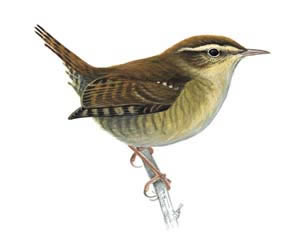 The Mabinogion, a collection of Welsh myths that was recorded in the 12th century, tells the story of how Lleu Llaw Gyffes tricks Arianrhod into giving him his name. The story involves Lleu throwing a needle between the tendon and the bone of a wren’s leg (an impossible feat). The wren (thought to have its root in the welsh word ‘ren’ which means ‘king’ or ‘queen’ and the word Dryw means both ‘druid’ and ‘wren’. The full story of Llew Llaw Gyffes would take too much time to tell here but here is a link to one version of the tale. http://www.bbc.co.uk/wales/history/sites/themes/society/myths_mabinogion_04.shtml

Instances are recorded in Wales of the ritual of Hunting the Wren being used as a blessing. One man who went out annually on the hunt was invited in to the home of an old farmer and his wife and asked to bless them in their bed, providing them with fortune for the coming year.

In North Pembrokeshire farming activities were suspended for three weeks, the plough brought into the house and placed under the dining table where the men of the neighbourhood dampened the plough with beer before drinking themselves. This was known as ‘wetting the plough’ and in most cases they also carried a wren and sang the Wren Hunt song.

After Hunting the Wren the young men of Pembrokeshire carried a decorated wren box on a bier calling from house to house while singing wren hunt songs and drinking at every stop. If they were refused hospitality some songs included the line ‘Come raging wind, in fury frown and turn this house all upside down.’ So, perhaps it was wiser to let them in.

But these rituals existed in a slightly different form in different Celtic communities. One excellent source for these old Celtic myths can be found in ‘Are you Going Home Now? Memories of Old Kilkea in which the author, Mícheál Ó Dubhshláine, recalls a visit from the wren boys when he was a small boy.
‘I remember as a child being very afraid of them, dressed up in rags, an old frock or shirt, with fiddle faces or ‘hi-fiddles’ (aghaidh fidl) as they were called…. I don’t ever remember seeing the wren itself. I do remember my mother asking them where the wren was, and I understood that in earlier days they used actually have a wren in a bush going round with them. The custom goes back hundreds of years, so much so nobody knows what it means or where it began. Mary Leadbetter who lived back in eighteenth century in Ballimore and kept a diary writes about the wren boys back in 1780’s. There was a belief that the wren was someway involved in betraying Jesus to the Jews, and so deserved all he got.’
You can read more here: https://books.google.co.uk/books?id=zGhLCgAAQBAJ&pg=PA169&lpg=PA169&dq=%27going+on+a+wran%27&source=bl&ots=J2IKkYw1Uk&sig=GqtkfYPJRIDfOeU0dzb748bTKtI&hl=en&sa=X&ved=0CEQQ6AEwCGoVChMImq3l6rqPyAIVTNsaCh1AKwI4#v=onepage&q=%27going%20on%20a%20wran%27&f=false

To modern ears this all sounds like an excuse for youthful carousal, and that may well be an accurate appraisal but why the wren? What made him the victim of all this? He is too small to make worthwhile eating, and is no threat to our crops or livestock.

The wren is acclaimed as King of the Birds in European folklore. The fable, mentioned by Aristotle and Pliny, tells of a contest to see who, judged on their ability to fly the highest, should be king of birds. The eagle flew higher and faster but a wren had concealed himself in the eagle’s feathers and suddenly popped out flying even higher and winning the crown. The story says that the eagle was so angry he threw the wren to the ground damaging his tail, which is why the wren’s tale is so short. As a consequence of this fable the wren is known as king of the birds in many places around the world. In some tales, because of his ability to creep into small spaces, perhaps entering into tombs or crumbling graves, he is even suspected of passing between this world and the next.

There were many associated customs; the Wren Procession, Wren King Songs, Burying the Wren and, in some traditions, wren feathers are offered as protection and good luck. Most myths and customs connected to the wren involve trickery, and often an undermining of authority. A.L Lloyd in his book English Peasant’s Revolt of 1381 believes The Wren Song was sung during the villains revolt of 1381 in England. Later, in Ireland, farmers fighting against their English landlords described their revolutionary activities as ‘Going on a Wran.’

The mythological wren was also associated with trickery, so perhaps he was seen as a wily, untrustworthy ruler and the real root of wren hunting lies in subversion. The Celts have never held much love for English kings. 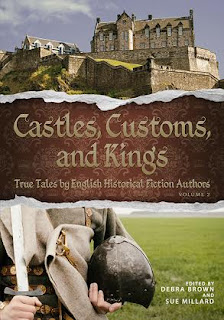 An anthology of essays from the second year of the English Historical Fiction Authors blog, this book transports the reader across the centuries from prehistoric to twentieth century Britain. Nearly fifty different authors share the stories, incidents, and insights discovered while doing research for their own historical novels.

From medieval law and literature to Tudor queens and courtiers, from Stuart royals and rebels to Regency soldiers and social calls, experience the panorama of Britain’s yesteryear. Explore the history behind the fiction, and discover the true tales surrounding Britain’s castles, customs, and kings.

Judith Arnopp writes historical fiction set in Tudor and Medieval England and Wales. She also blogs and writes articles for various magazines. You can find more information about Judith’s work on her official webpage: www.juditharnopp.com 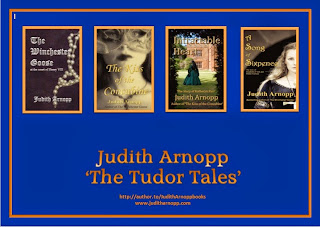