Author Judith Barrow talks about the inspiration behind her latest novel


Hi Judith, thank you so much for agreeing to appear on my blog. It is lovely to have you. Could you tell us something about your writing and where your inspiration comes from. 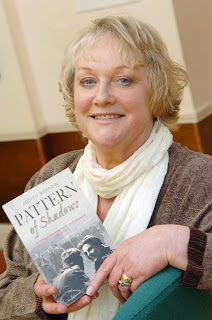 I’ve been a compulsive reader for as long as I can remember. As a child, every Saturday morning I went to the local village library with my mother and carried home a stack of books that didn’t always last the week. My father didn’t believe in the television or radio, so reading was always my greatest pleasure. Books were both my passion and an escape.

As I grew older they also became an inspiration for the writing I did in secret. I hadn’t the confidence to show anyone what I was doing; the short stories, plays and poems stayed firmly hidden. And, later again, like many women, work, getting married and bringing up a family was a priority for a lot of years. I didn’t start writing seriously until I was in my forties, had gained a BA degree and a Masters in Creative Writing. 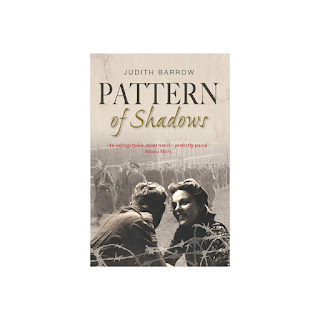 My first book, Pattern of Shadows, and the sequel, Changing Patterns, which is due out in May 2013, could be described as sagas, the life stories of my characters. But, because they’re written during WW2 and in the fifties I think of them as Historical fiction as well. And there again there’s also touches of romance and crime … so, in the end I leave it to the reader to decide.

My latest book, Silent Trauma, is even more awkward to categorize; it’s fictional but based on fact. It’s a story of four women affected in different ways by a drug, Stilboestrol, an artificial oestrogen prescribed to women between the decades of the nineteen forties and seventies, ostensibly to prevent miscarriages. Not only was it ultimately proved to be ineffectual it also caused drastic and tragic damage to the daughters of the women. I learned about the charity (DES Action) some years ago through a relative and became involved. I wrote an article for the annual newsletter and mothers and daughters affected by the drug began to contact me. 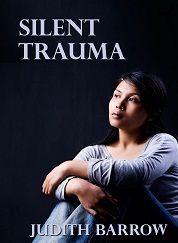 The characters are a disparate group; their stories are run both in parallel and together and have been described by readers as ‘strong’ and ‘speaking with a true voice’.
Both Pattern of Shadows, and next year Changing Patterns, are published by Honno, brilliant independent publishers. But I chose to self-publish Silent Trauma initially as an eBook, mainly because, after years of research, I was impatient for the story to be told. Luckily, I was given permission to reprint an interview from the Independent on Sunday with two DES Daughters as the Foreword (which lends both veracity and authenticity to the book) and I’ve been given quotes from many women affected by the drug to use at the beginning of each chapter. But, ultimately the story is fictitious and has been described as 'a good read' and 'sad, fascinating and poignant'.
Research is extremely important to me; I need to know the physical world I’m going to let my characters live in. I need to know their homes and their surroundings. For my first two novels I actually traced over a street map of the town I wanted to use, adding a few places and renaming the roads and various places.

Most important of all I need to make sure of the setting in time is correct; that the period my characters exist in is true, real in every way to that decade.  And that each character reflects that in their uniqueness and in the way they deal with the conflict and tension in their lives.

I know what I want my characters to look like but I need to sort out their personalities first. I don’t think you can be a good writer without empathy for your characters. They can’t be one-dimensional; good or bad. I suppose, initially, they’re a mixture of people I’ve known but mostly they become rounded by their place in the book.  Once I have a clear picture in my head of my character’s personality I can feel free to tell the story. But it rarely finishes up as the one I have in the beginning; the characters lead the way in that; I can sense how they react to the events in the plot, how they feel, what they say, invariably means I change the direction of the story.

I’m an extremely slow writer. Even before I sit in front of my computer I carry and explore characters, ideas, a story in my head. If I know when and where events take place I will research that. And because I let myself be easily distracted by past characters and the history of places I inevitably emerge realising hours have passed and I haven’t even started writing.  But on the plus side I know my settings, the details of the background in my books are strong and a fitting place for my characters to live in.

When I don’t have a particular project to work on my imagination is triggered by something I see or hear; an expression of someone I pass; an overheard phrase or sentence.  I lead creative writing classes and often the exercises I set for the students will trigger something for me as well. Or the discussions we have can lead to an idea for a character.

I also believe our memories are a powerful tool in writing; we have within us a subjective and original collection of past senses to draw upon; to transpose and merge, to form our experiences into our own words in order to evoke images and pictures for our readers. Mainly though I have to admit my imagination can run riot through some problem, an internal conflict I’m struggling with. Then I can conjure up wonderful dialogue for characters to use somewhere.

I usually write very early in the morning before the day begins, but if I’m on a roll I can carry on all day, firmly ignoring all the domestic trivia, the housework, which is shouting at me from the other side of my study door. I’ve also been known to write all through the night.

Reading was my all-consuming passion in my childhood but now it also runs alongside my obsession to write. I’ve earned to give my creative self some time without feeling there are other more important things to get on with.

It is certainly important to make time for the rest of our lives but it isn't always as easy as it sounds. Thank you so much for talking to us, Judith. I do hope you will come back and talk about Changing Patterns when it is released. Good luck with the sales.

More information about Judith and her books can be found on her website: www.judithbarrow.com